Some progress with the battery boxes again. Added EPDM rubber between the boxes and the covers, used a hole punch set to easily cut the holes into it. 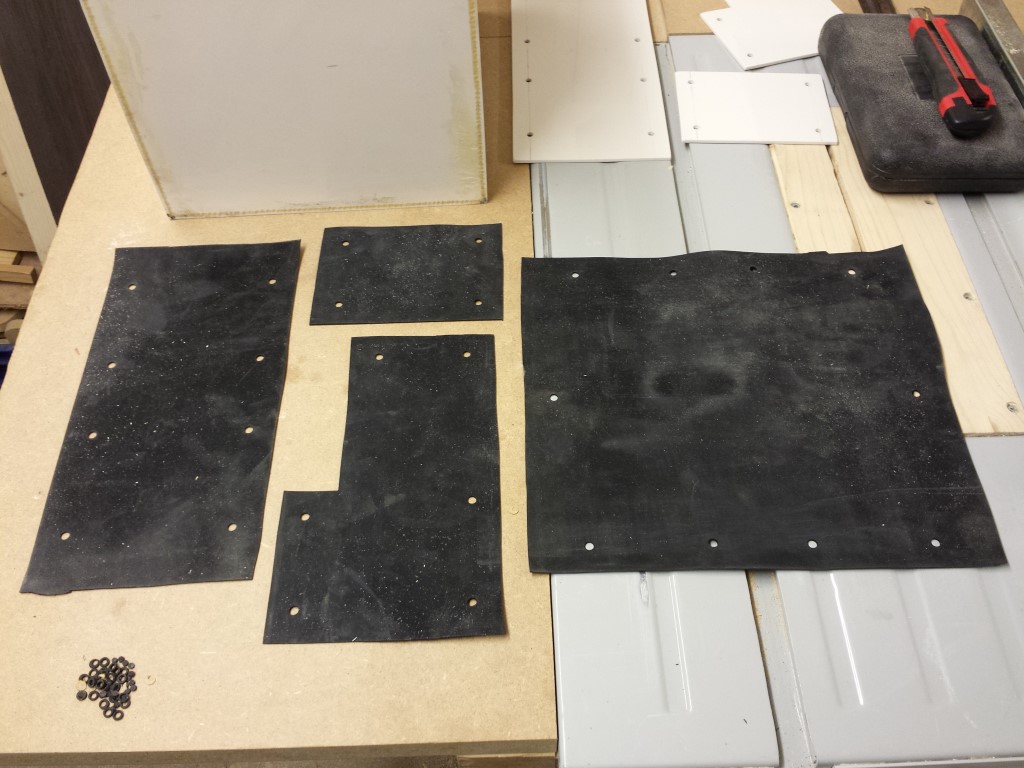 And everything attached again, also added the cable glands. Wanted to see what it'd look like. The battery boxes are completely water- and dustproof like this. 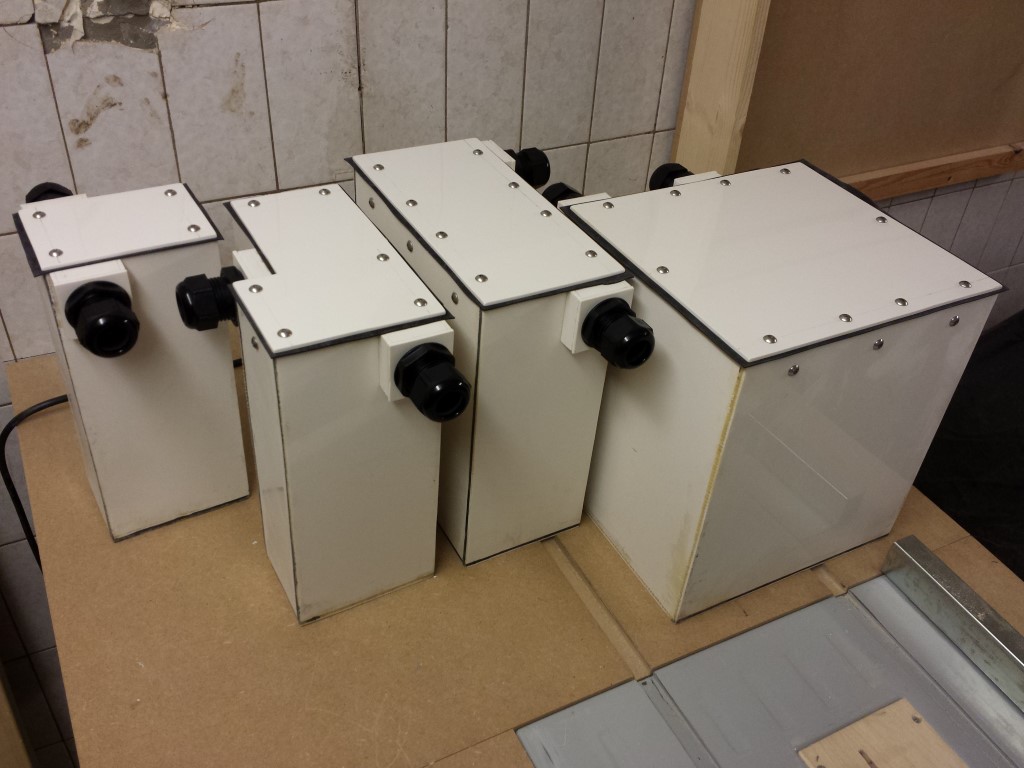 I also placed them all in the frame for now. I'll have to find a good way to attach the battery boxes firmly onto the frame now. I was thinking to place some aluminium corner profiles around the boxes and make some mounting points on there. But I'm not sure if that can be done. These profiles can only be 1,5 mm thick, otherwise they won't fit in the frame anymore. 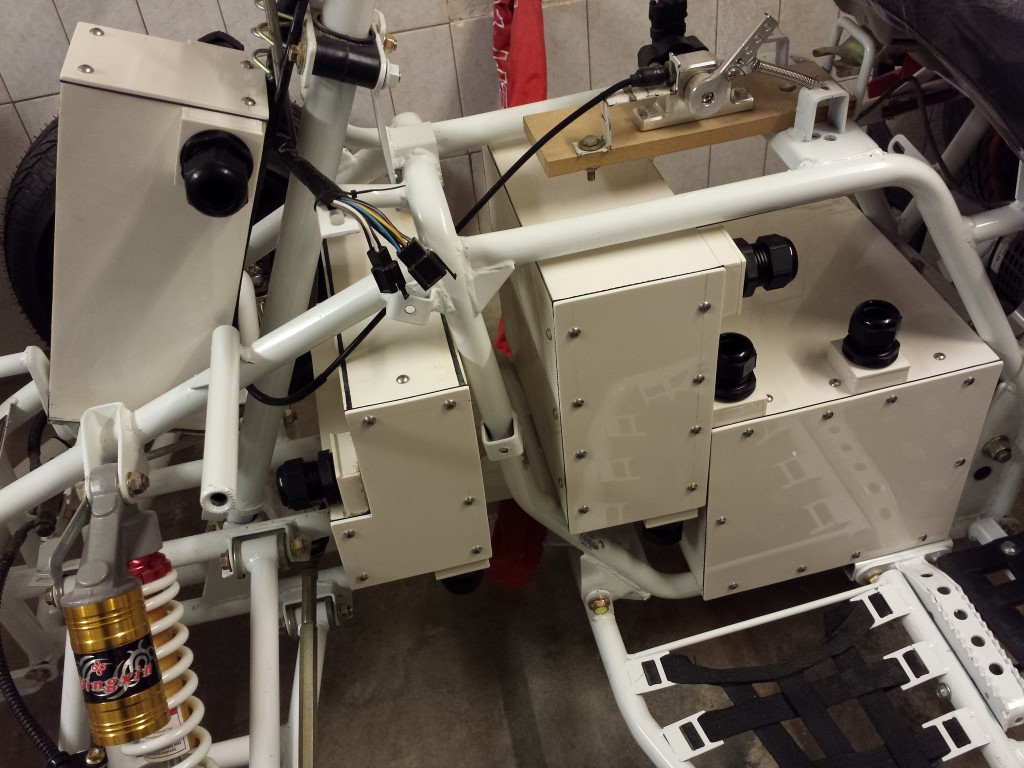 And a complete picture of it. Others place very big engines in their frames, I just place some plastic boxes in it. 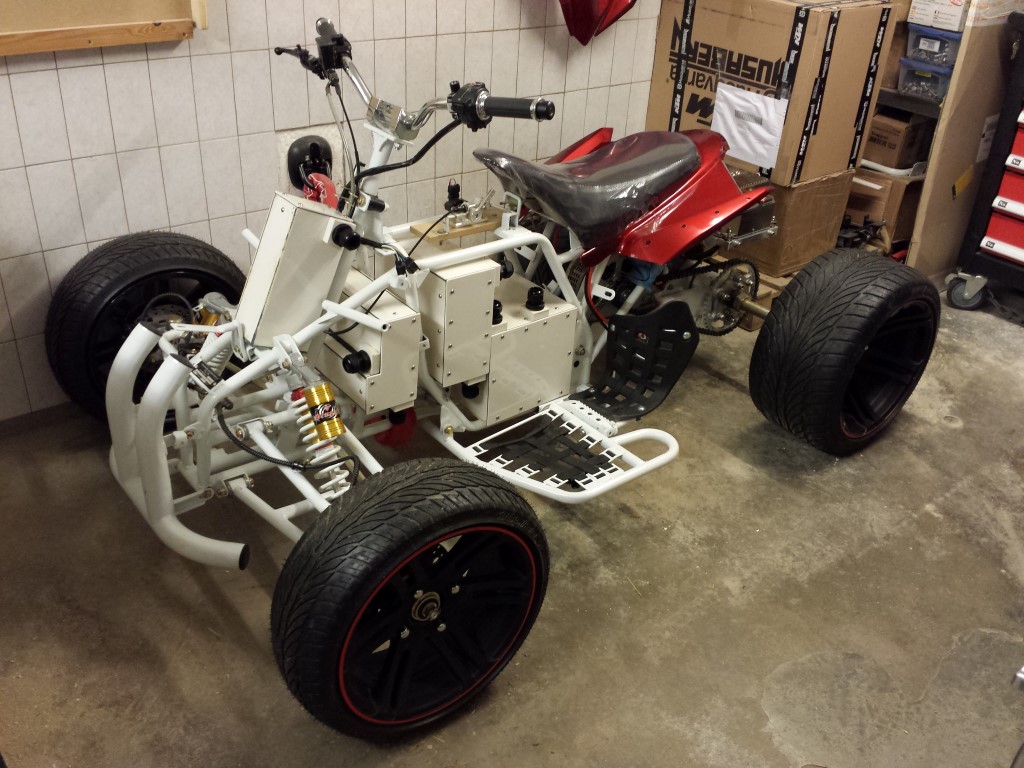 Think it'll be quite a challenge to properly attach everything. 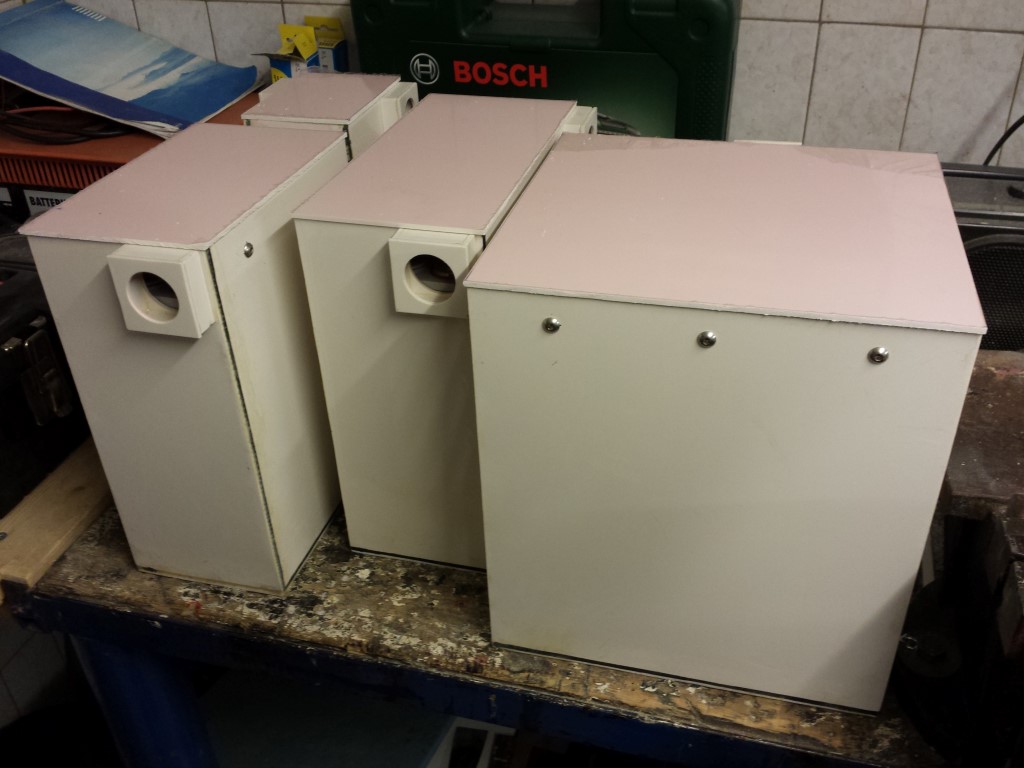 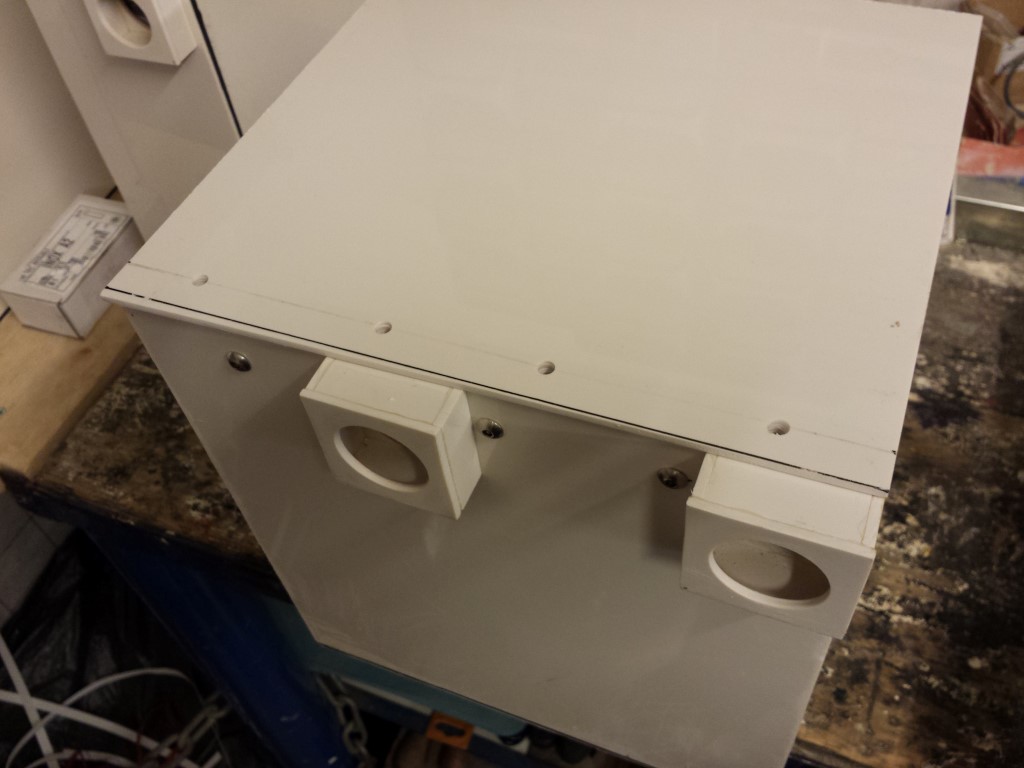 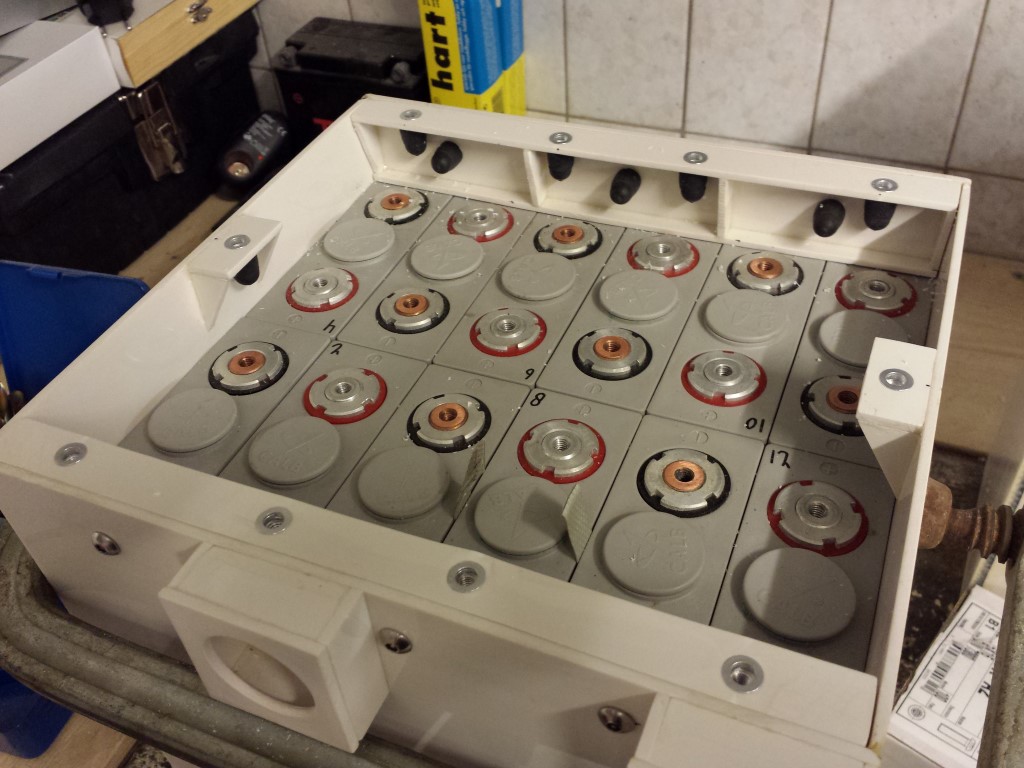 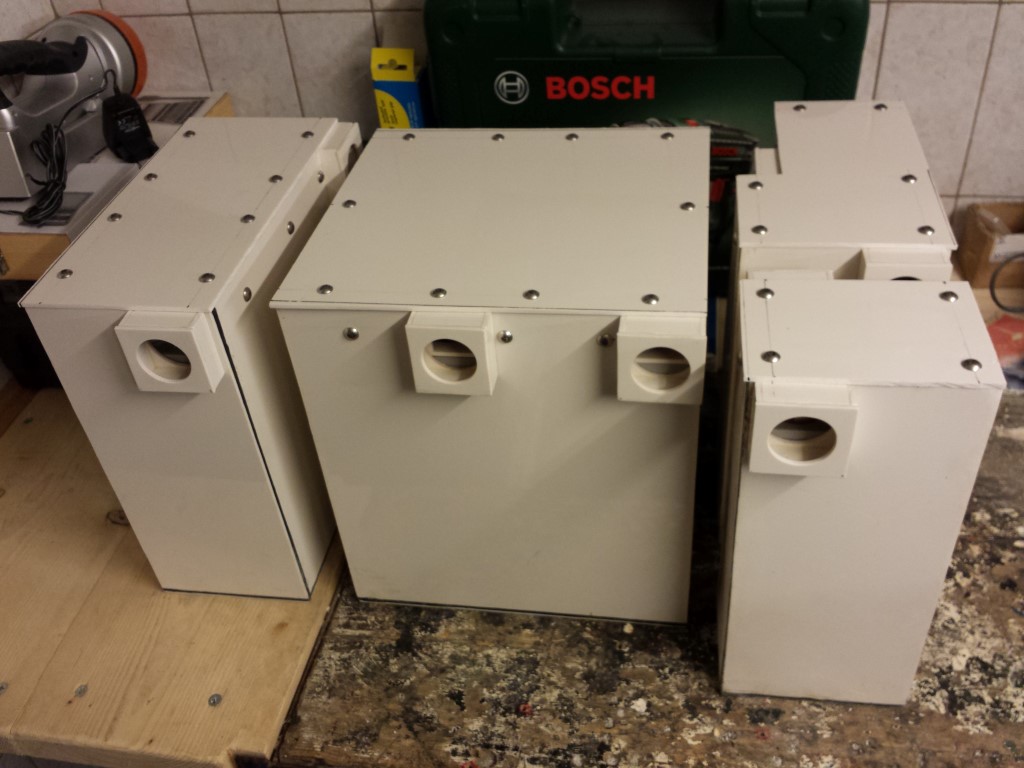 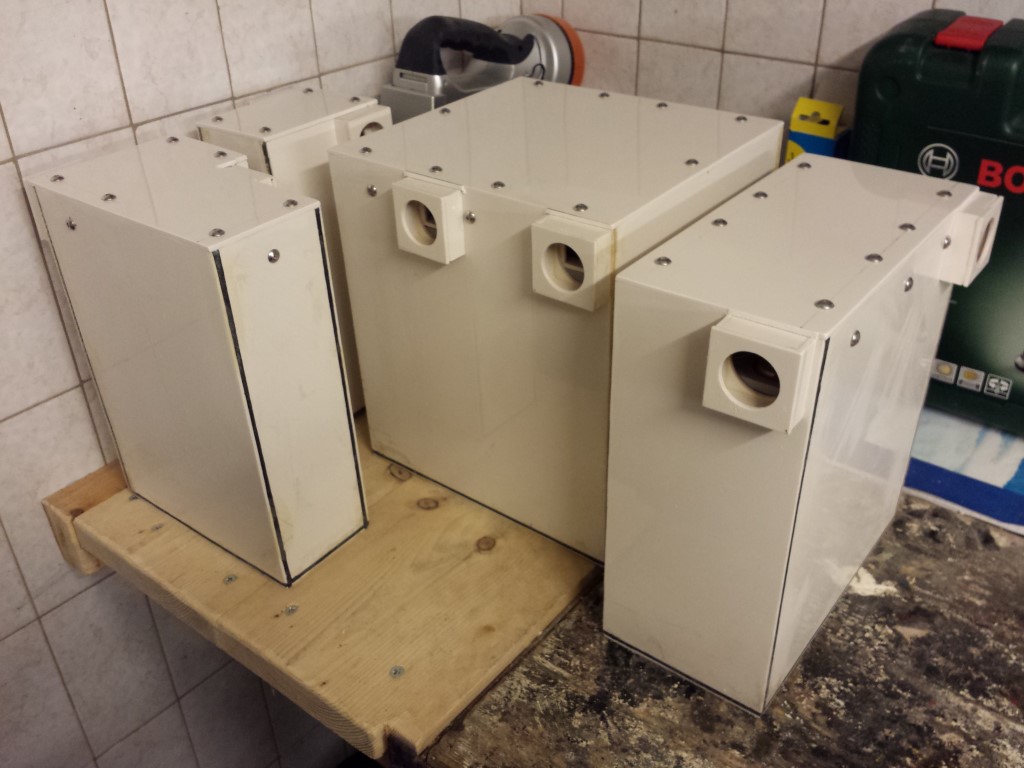 Made some improvements to the website. Was planning to do this earlier but since I wanted to have the website online as quickly as possible I put these things on hold. These are the things that were improved.

- New picture gallery. It looks the same but it works very differently. The old picture gallery was quite slow when scrolling through the pages and I couldn't really find a good alternative. So I made my own, needs way less code and works at least 5 times as fast. The quality of the thumbnails is a lot better as well.
- Thumbnails next to the titles of all posts are actually thumbnails now. Before these were just resized. Loading times are much improved in quick view because of this. I also made these thumbnails as links to the related posts.
- It's now possible to enlarge the images on all pages, not just in the picture gallery.
- Fixed a few small bugs.

3D drawing and fitting of mounts for top case

I completed the drawing of the mounts for the top case and rear lights. Also made a paper model of it again to see if it fits. It barely fits as it should.

First here's the drawing of how it'll be like. Ofcourse the real ones will look a little better with skewed edges and again an opening in the bigger part. The top 2 mounts are ofcourse for the top case, the bottom one is for the rear lights. 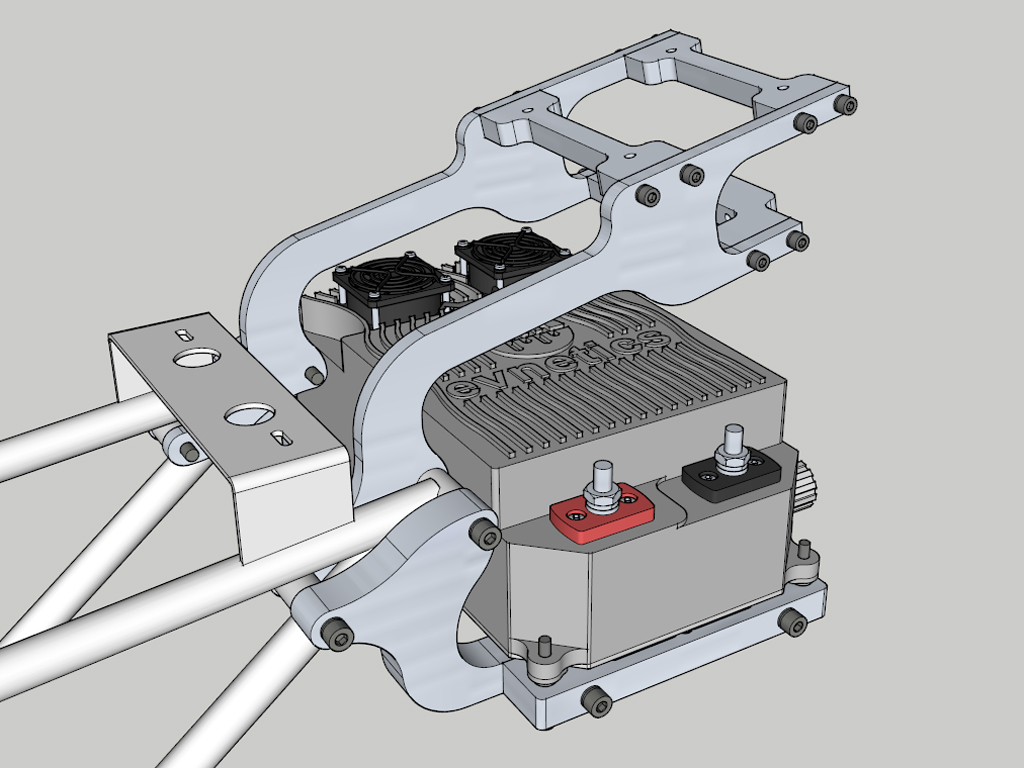 They just come out from under the fenders. I wanted as much clearance as possible between the mounts and the controller so it'll stay visible well. The top case will also be as low as possible and will be a bit tilted (about the same as the fenders), will look better than completely straight I think. Same for the lights, by default these are a bit tilted as well so I wanted to keep this about the same. It'll only be a little lower. 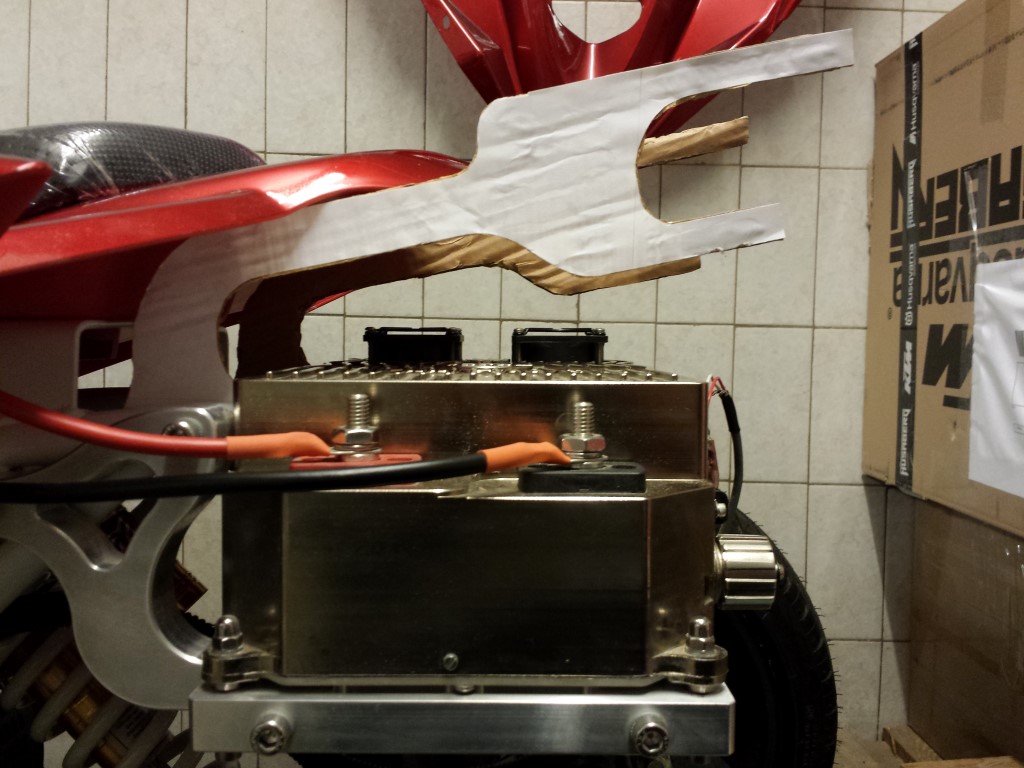 But it'll be easier to see once they're made. First I have to discuss with the metalworking company if it can all be done and if it's not too expensive. Will probably take a while before it's done I think, depends how busy they are. 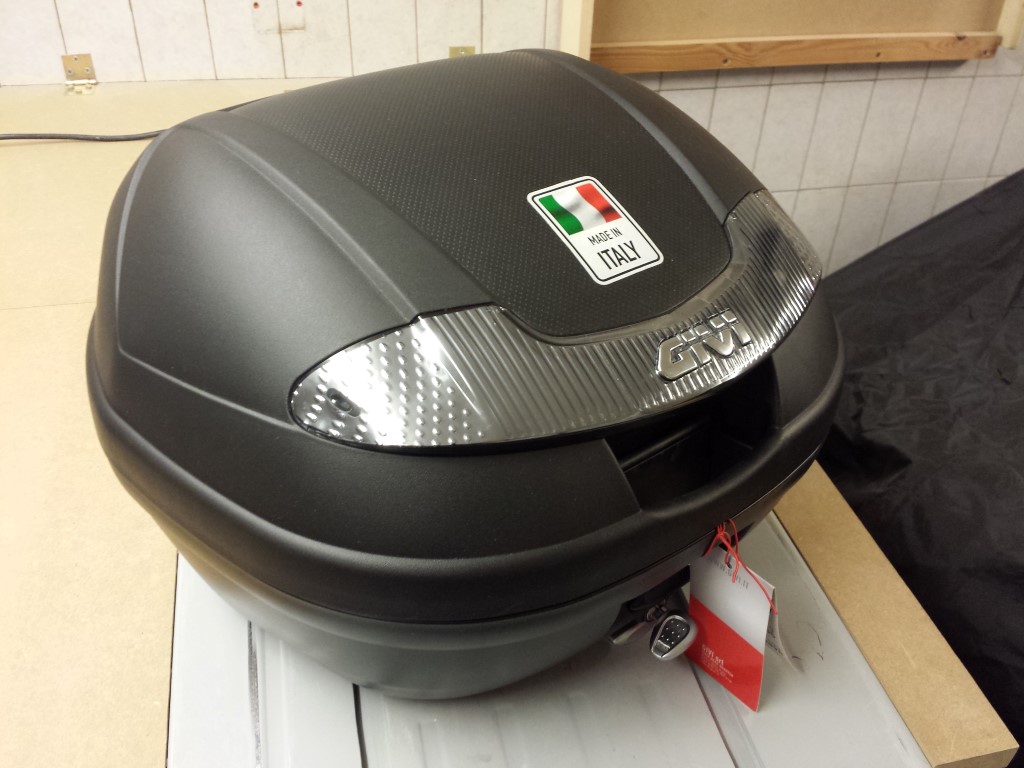 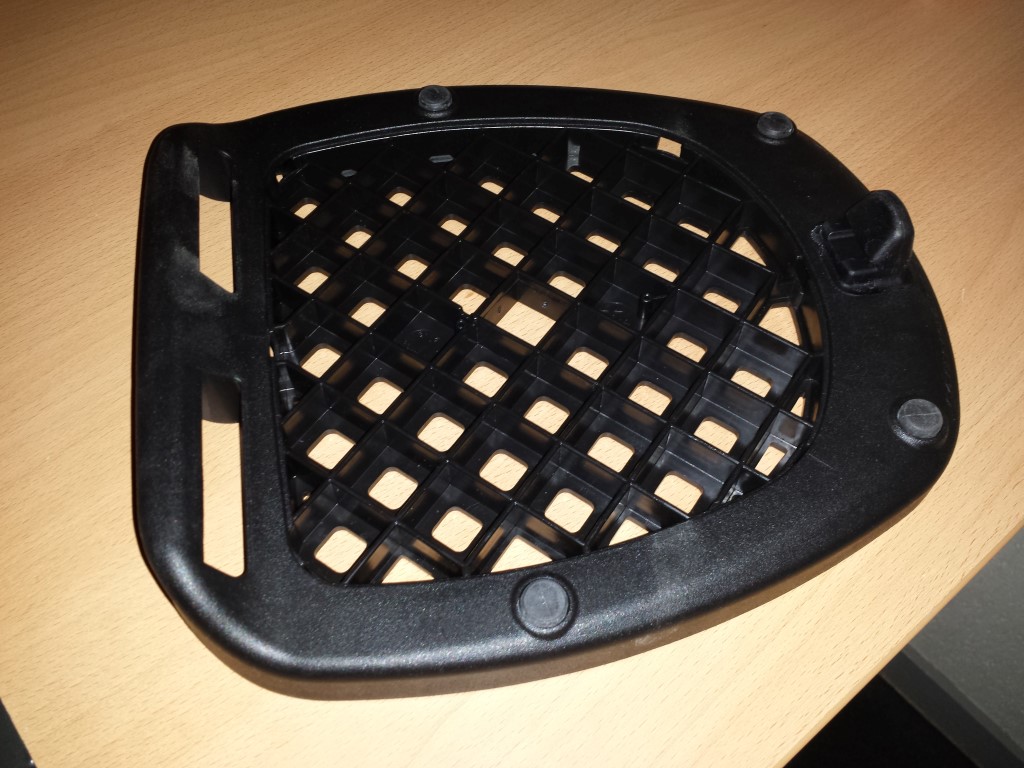 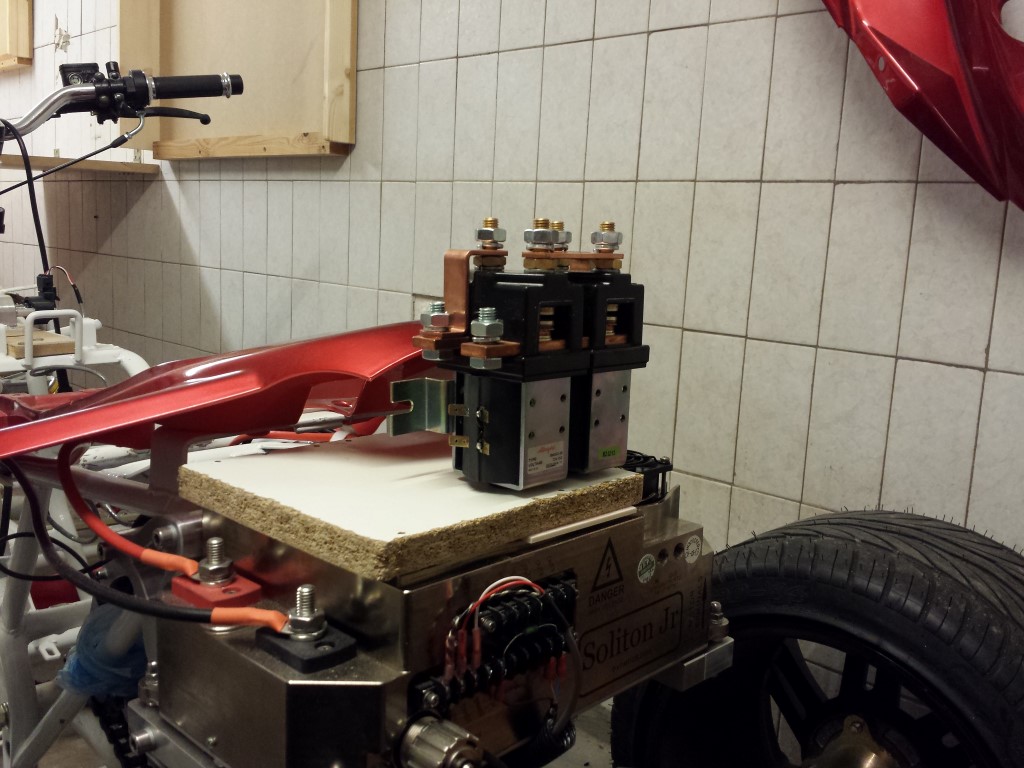 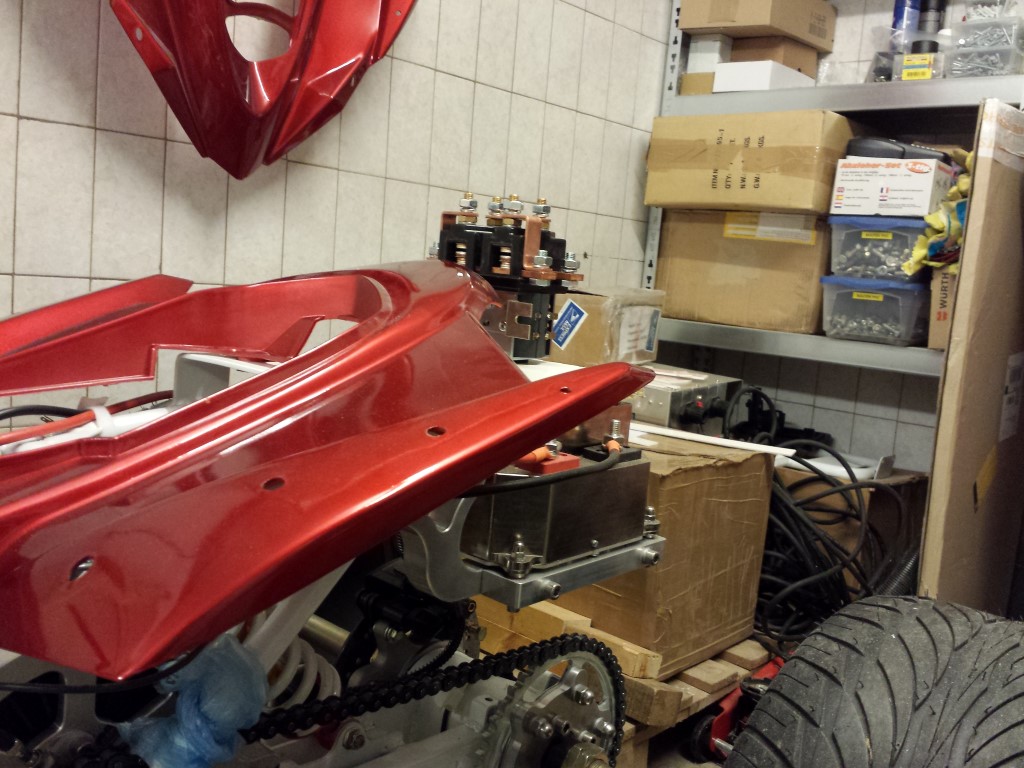