If you'd like to have some information about me and this project, please read on. Everything is laid out in detail here, why I started this project, the choices I've made, what my goals are and more. 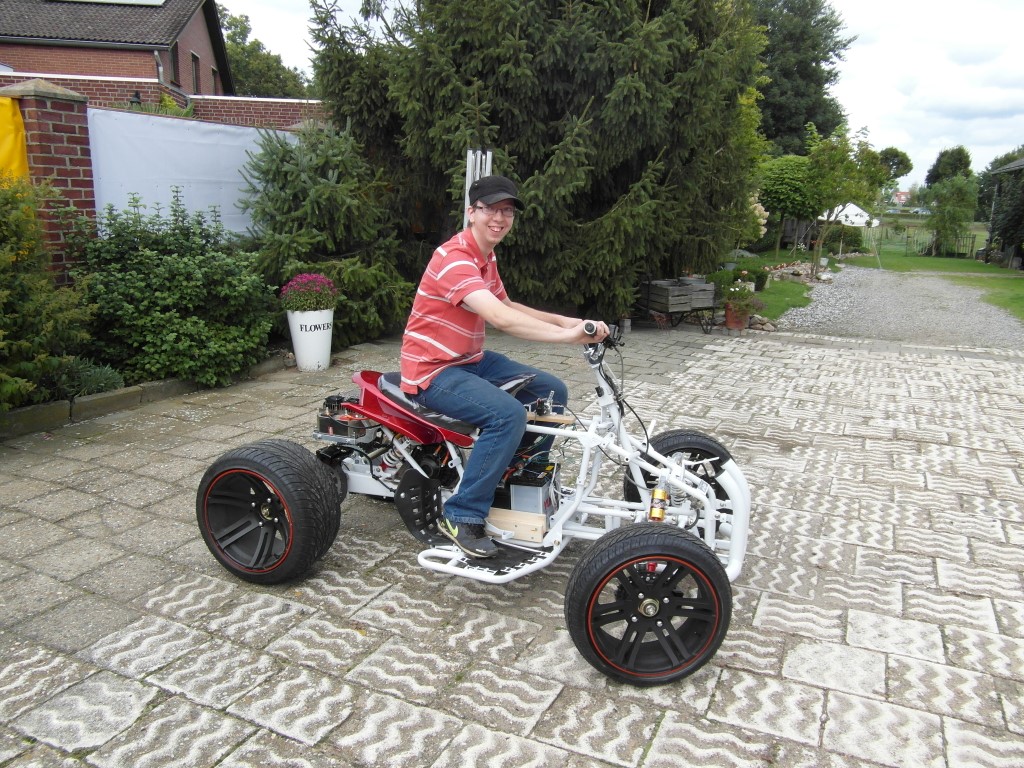 My name is Robbie Fuhren, I'm 33 years old and live in the beautiful south province of the Netherlands called Limburg. Since young age I've always been crazy about cars. Especially the technology, how everything works exactly and what is all needed to let a car drive is really interesting to me. For a long time I have thought this would really only be possible with an internal combustion engine. Even when Toyota and Honda released their hybrid cars to the market I didn't really believe in it yet. In that respect I was a real 'petrolhead' back then. It could only work if there's sound and fumes coming out of the exhaust and you can smell the fuel. Nothing could be further from the truth however.

Few years before the beginning of this project when I was watching some drag racing videos I suddenly stumbled on this video of a fully electric Datsun, called White Zombie. I suddenly saw a whole different side of electric cars. Not like the commercials of car companies where they only talk about fuel efficiency and no harm to the environment. But more how quickly it can accelerate because of the massive torque that an electric motor has combined with the right batteries. So I went on to look more into electric drivetrains and it turned out to be a very interesting alternative. I definately knew that I wanted to learn more about it to maybe be able to start a conversion project to fully electric myself in the future.

First I went looking for education specifically for electric vehicles. I already had the basic knowledge of vehicle engineering since I studied this in primary school and for a year in high school. Unfortunately there was no such education and at the moment there still isn't. I also tried to get into companies that were already working with electric vehicles but so far this also hasn't been a success. The only two choices I had back then were abandoning my dreams of converting a vehicle any time soon or try to learn everything myself. Since this was something I really wanted to do I chose for the last option ofcourse. For a few years I've been busy gathering all the needed information from the internet. The biggest help with this was an American forum called DIY Electric Car. On this forum are a lot of members who in the past have done a conversion project or are still working on one. Because of all these members there's a lot of information on there. So that's where I spent most of my time to learn more about all the components that are needed in an electric vehicle. It has taken a few years but eventually I knew enough to dare taking on a conversion project myself.

In September 2012 it was finally time to start with a conversion project since I felt I was ready for it. The original plan was to convert a car. However after some more thinking I decided to start with something a bit smaller. I was still busy learning so I didn't want to make it too difficult already. I chose to go with a quad bike. Reason being I've always seen them as very fun vehicles, 4 wheels like a car but sitting on it like a motorcycle. The fun things of both combined. Now it was just a matter of what type of quad bike to get. My first thought was to buy a small 150-200cc terrain quad bike without registration. Would be pretty cheap that way and it'd be a fun little project to learn. Thing is, after converting I'd only be able to use it on my own property or in the woods. That kind of bothered me so I started searching for a bit bigger quad bike with registration so I could use it on the roads as well. 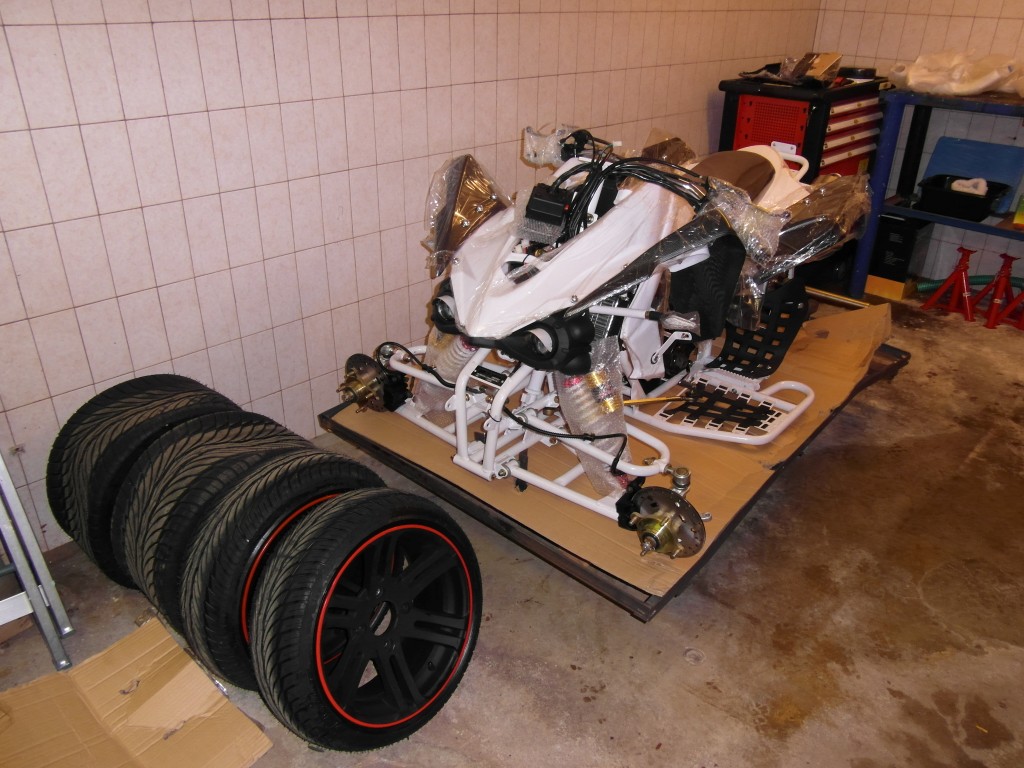 While searching I again stumbled on a forum, this time the Dutch China Quad forum. On this forum are all drivers of Chinese quad bikes. These are the so called C brands under the quad bikes seeing as they come from mass production out of China. This was not really relevant for my project as I just needed a cheap frame. But after again reading much information on this forum it turned out Chinese quad bikes aren't all that bad as is said almost everywhere. Thanks to the help of members on this forum I was able to make a good choice and ended up with a Jinling (JLA) Loncin 21-B 250cc Streetquad. For this I first went to a quad bike dealer to see if it would be suitable for the electric drivetrain. After checking and measuring everything it turned out to be perfect, mainly because of the open rear swing arm where the electric motor would be placed. Few days after I bought the quad bike new in a crate. It'd have to get assembled partly. That's fun so ofcourse it wasn't a problem for me. The quad bike was delivered here on 24 November 2012. Therefore that is also the official start date of this project. In the blog you can find everything that I've done with the quad bike as of that date. Below is some more information about the project.

Why an electric conversion?

Why a new quad bike and not a second hand?

What are the goals of this project?