Blog / Contactors for reverse attached in top case and connected

Contactors for reverse attached in top case and connected

The past week I've done a lot of work again. First thing I wanted attached in the top case are the contactors for being able to drive in reverse. This all went well, I just hope that it's strong enough.

I made a whole construction out of plastic where the contactors fit in nicely. 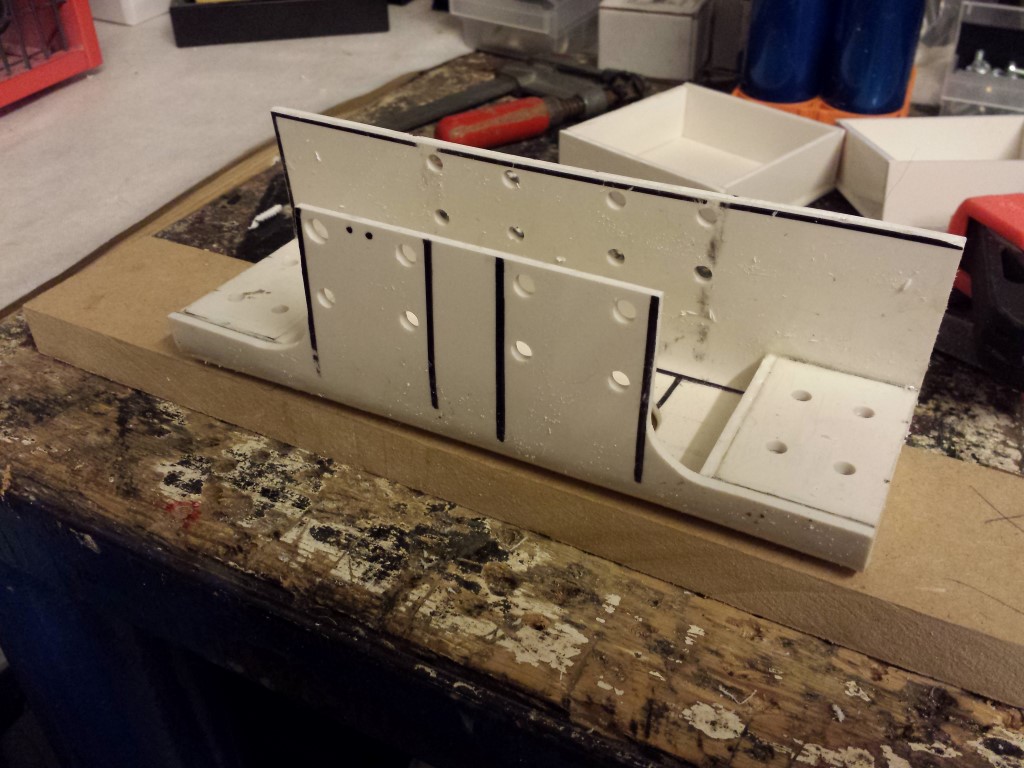 Also made mounting points that I glued into the top case with special glue. With this I have to wait and see if it's strong enough. 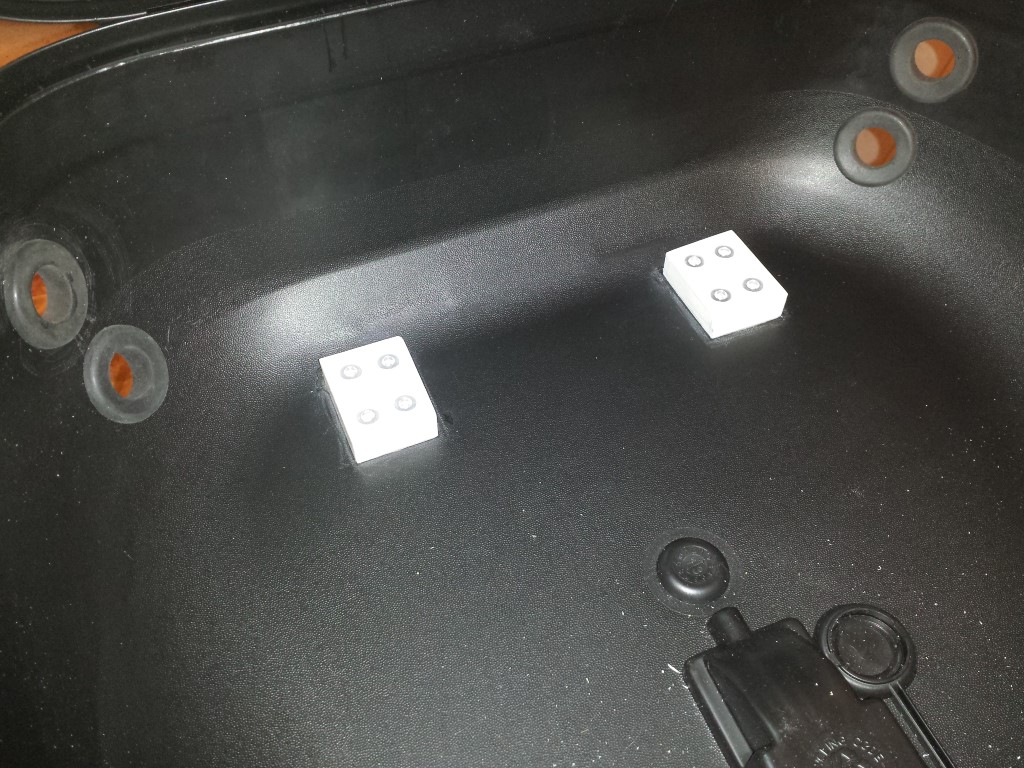 The contactors I can easily attach or remove this way. Meanwhile I've also connected the last few wires for the propulsion. The smaller black wires are just for earthing of the shielding in the orange wires, just still have to isolate these so they can't come in touch with the contactors. 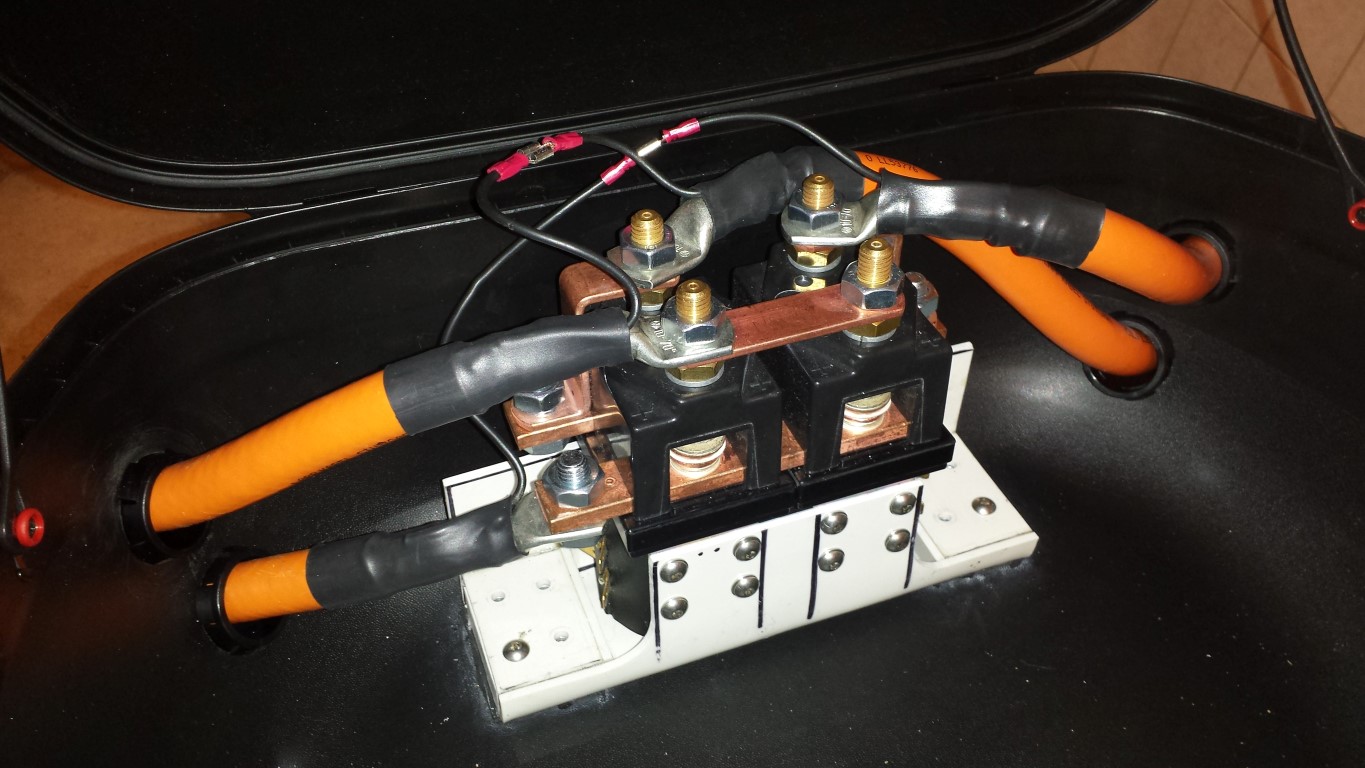 I was worried that it wouldn't look so good on the outside of the top case but it doesn't look too bad. As you can see I ended up using cable glands again instead of those rubbers. The wires stay in place much better like this and the top case is still waterproof. 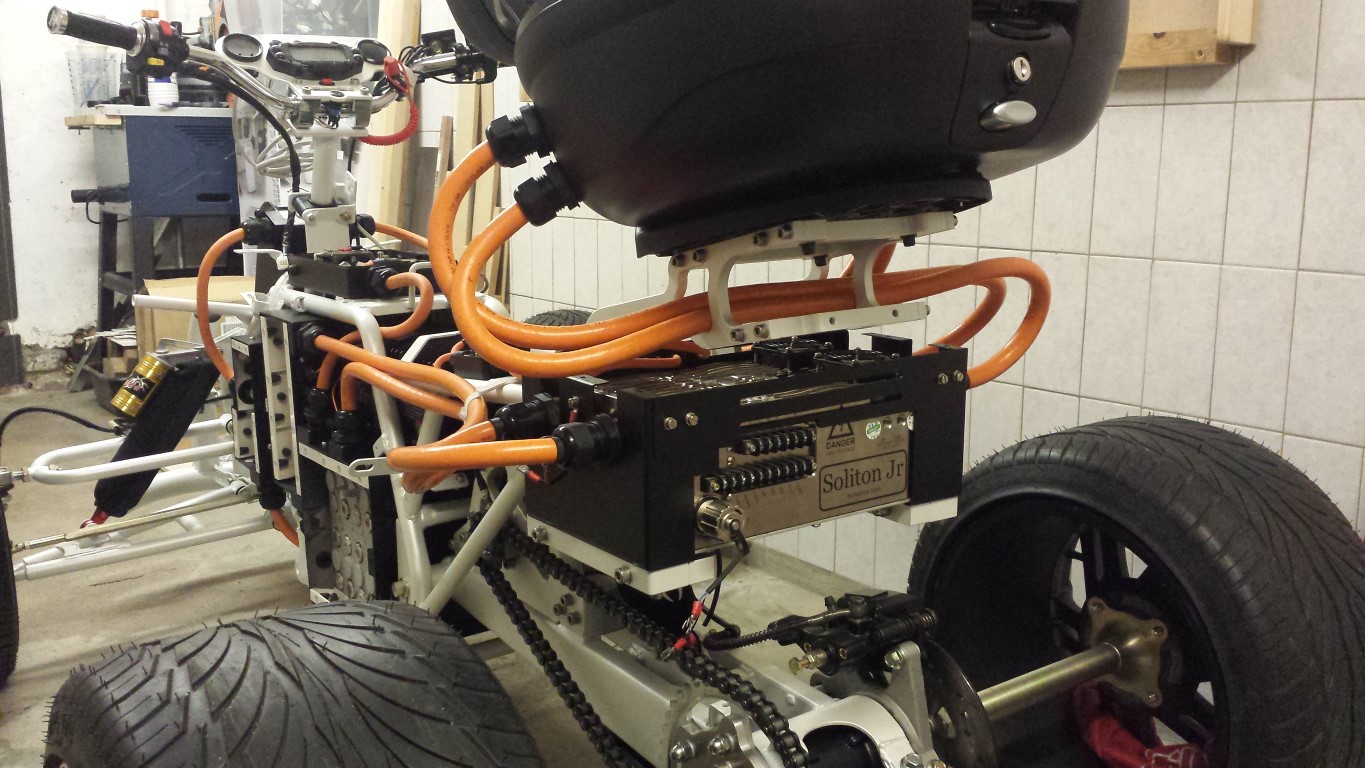 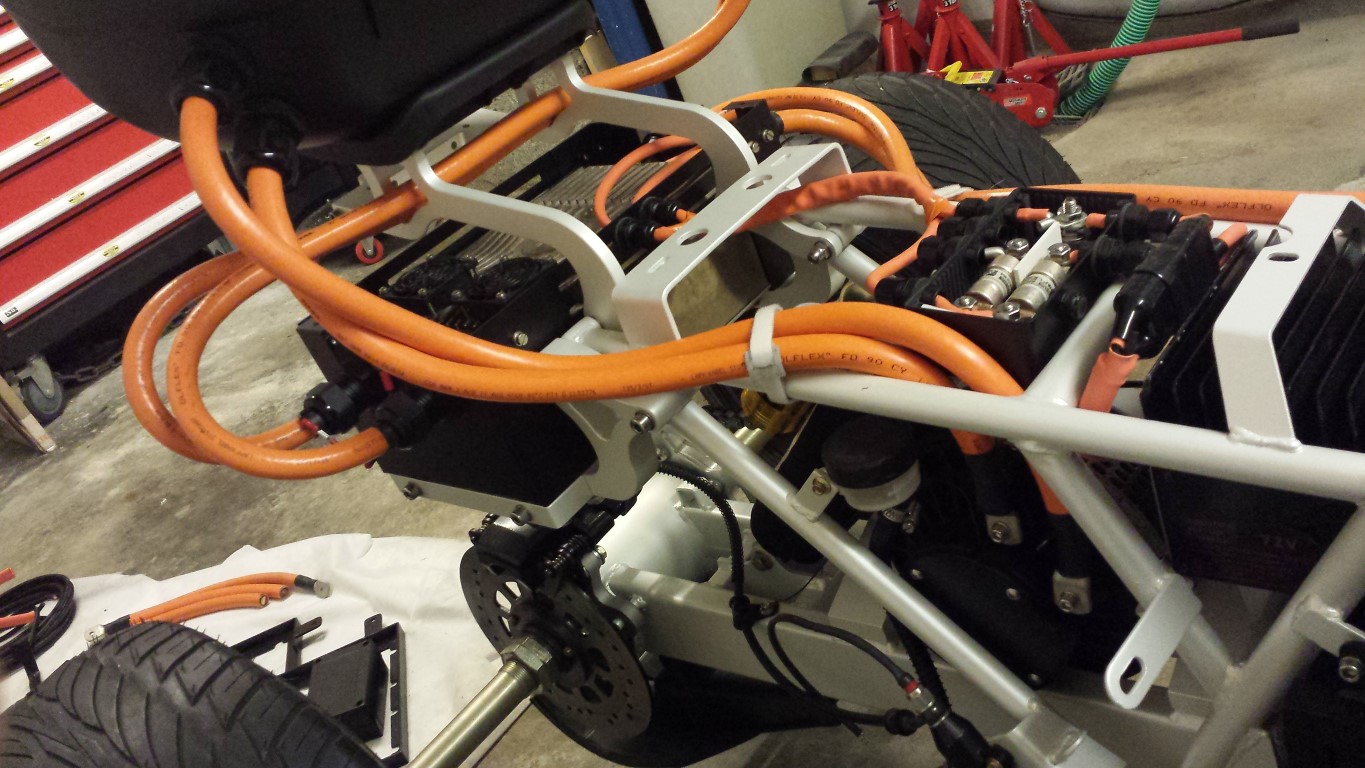 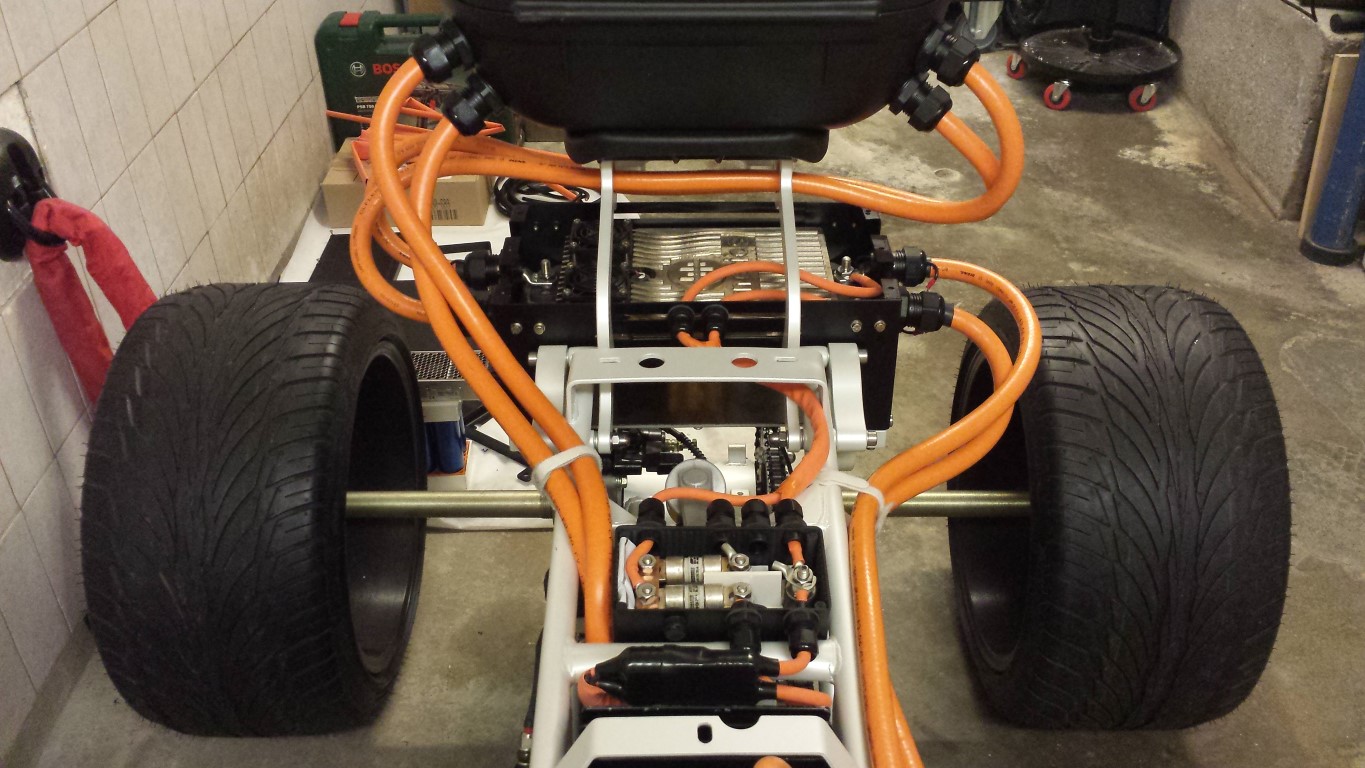 I've also tried with the rear fender on it already and you don't notice the wires as much then. I just forgot to take a picture of this and the fender is also off again. So I'll show that later.

The plan now is to make some shielding in the top case so the contactors won't be visible anymore and untouchable. But that will take a while again to finish.