Finally the first few parts for the conversion

When I came home today I suddenly saw 3 packages, total weight of 40kg. What could be in there? 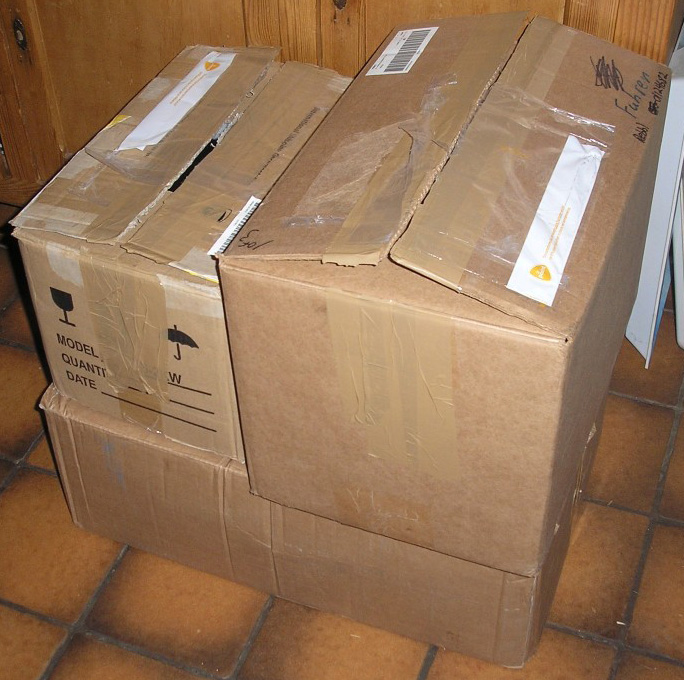 Finally the first few parts for the conversion have arrived. Thank you Rebbl!

Most important part, the Evnetics Soliton Jr controller. Way overkill for this project but it's the only one that has the needed certification to pass inspection at the RDW. But it's the best you can get anyway, very high quality, a lot of options and not to mention it looks amazing. 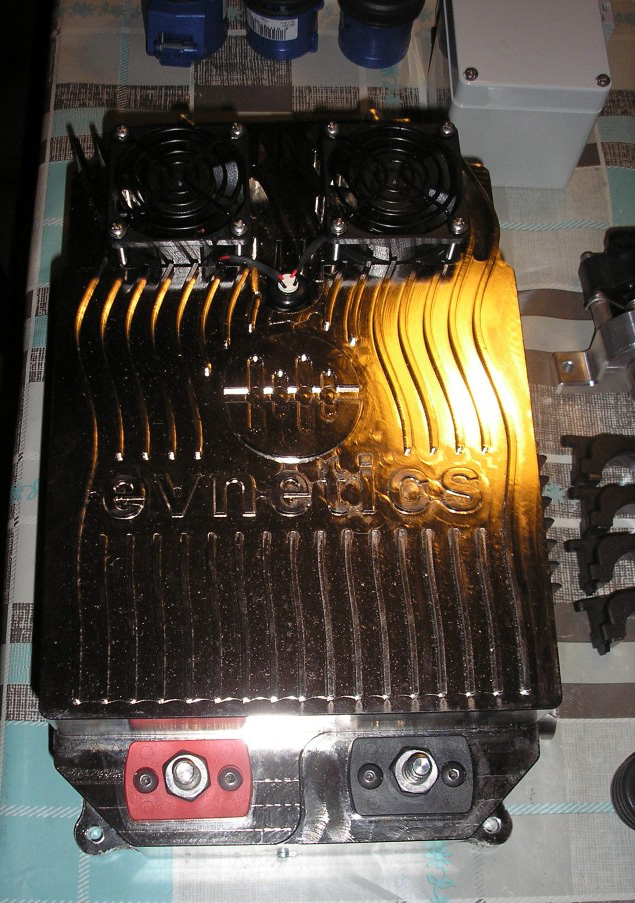 Next, on top is the hall sensor, also from Evnetics so very high quality as well. The 'gas' cable gets connected to this and it will send 0-5V to the controller. Below that are 4 RFI filters and rubbers to safely guide the cables through the enclosure for the controller. 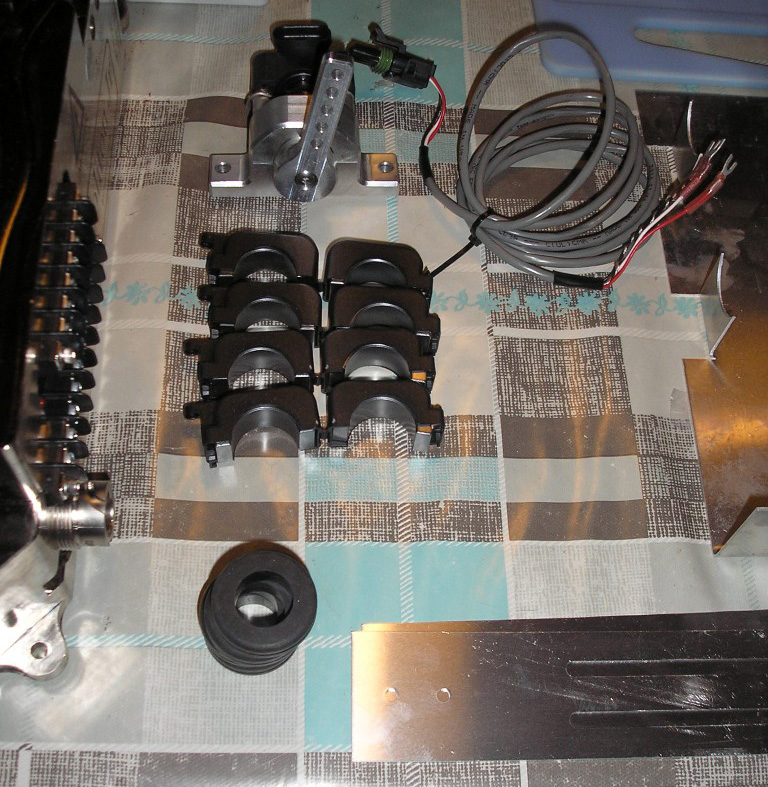 Enclosure for the controller, this consists of a few parts. This enclosure and the RFI filters (also a seperate mesh shielding that's already inside of the cables) are unfortunately necessary for the controller and motor to pass inspection at the RDW. All because of EMI (electromagnetic interference). The controller won't really be visible anymore which is a shame. But there's no other way, the rules are like this everywhere in Europe. 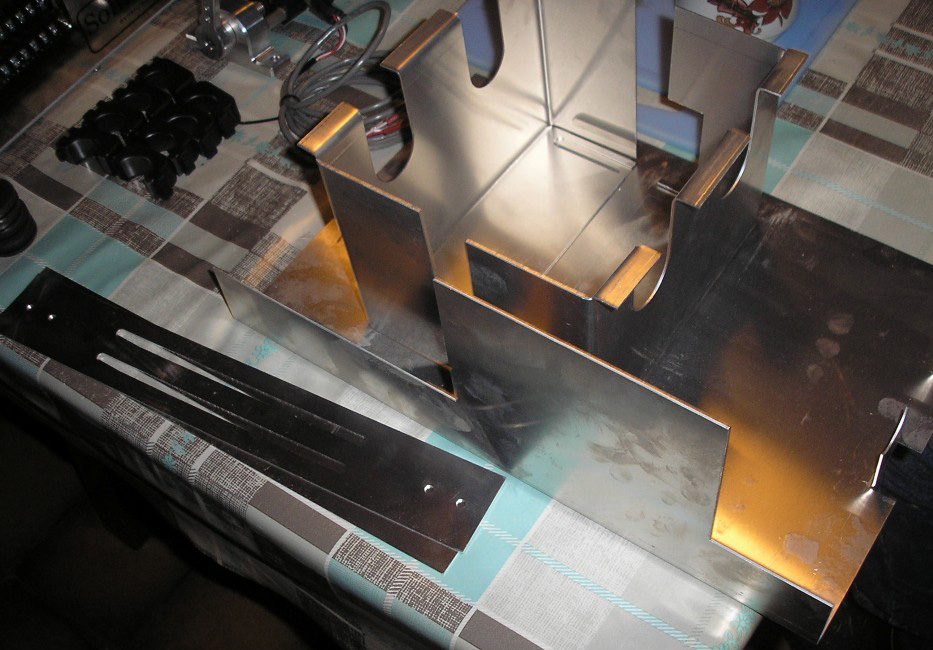 Also important, the charger to charge the batteries. This is already preprogrammed for the LiFePo4 batteries. I only gave them the info of the CALB SE70's so I hope the settings are still right for the CALB CA60's as well. Still have to ask for this. 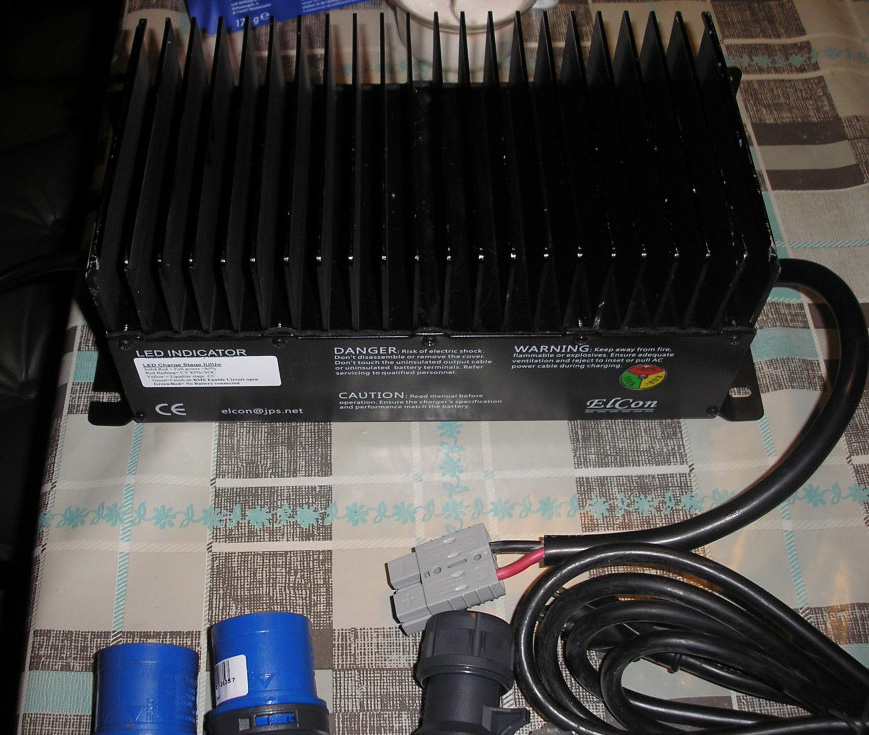 On top a 150W DC-DC converter. With electric vehicles this is used instead of a dynamo. This converts the 72V I'll be using for the propulsion to 12V to keep the 12V battery charged.
Also some plugs for charging, a fuse for the charger and a relais. I just don't know what the relais is for, as far as I know this isn't needed. But it'll be of good use anyway.
There's also a box which I think is meant for the fuse but it doesn't even fit. Will have to see what to do with this later, it's a pretty weird fuse anyway (can only see the fuse holder, fuse is inside of it). Usually other type of fuses are used for this. 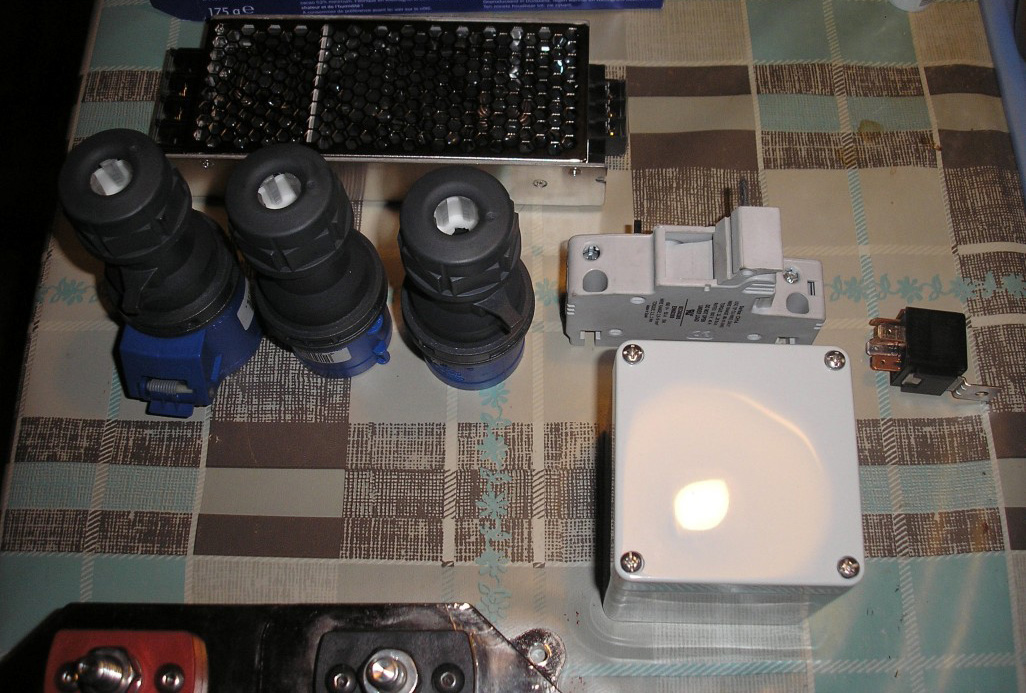 Then there's still some cables.
This one is to be used as the charge cable I guess. Will still have to ask for some more information on this as I don't think it's all complete for making the charge cable. The yellow roll is heat shrink. 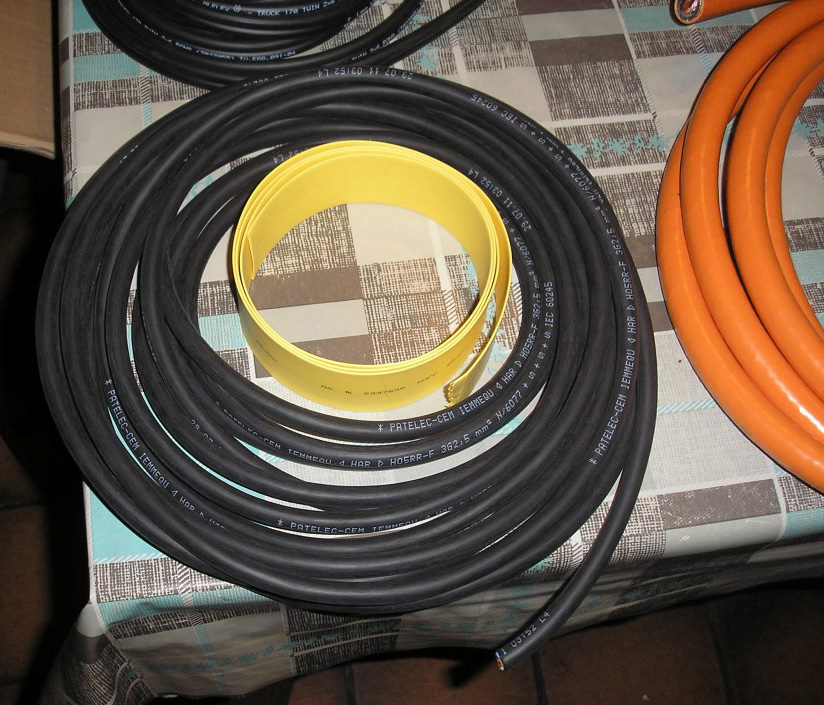 Cable for between the charger and batteries. Pretty nice they're tied together, easier to attach. 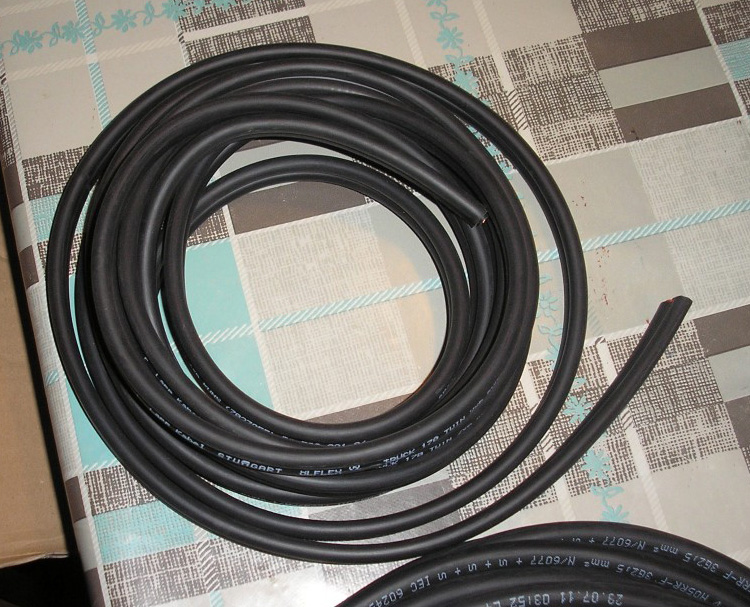 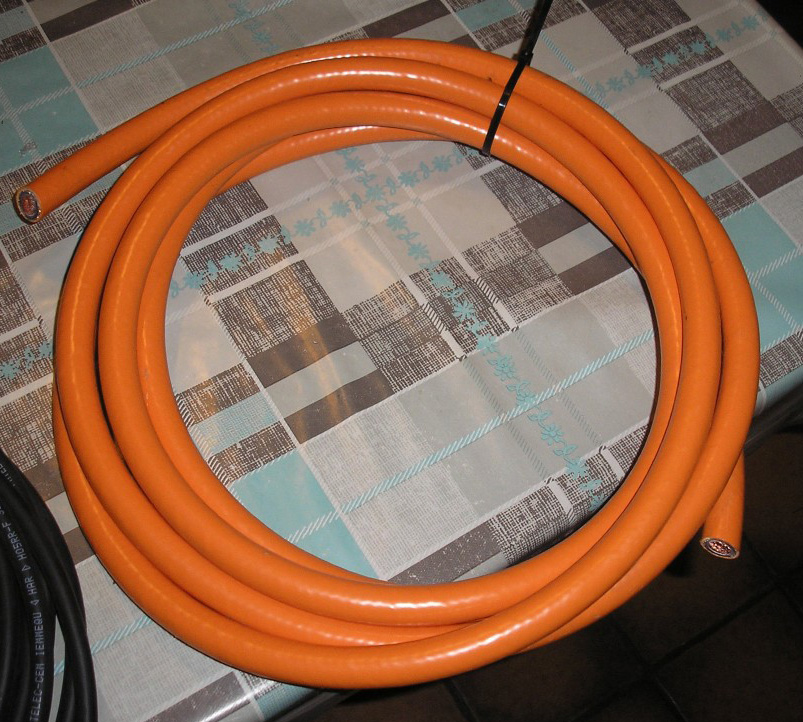 Orange cable for between the battery packs (without mesh shielding). 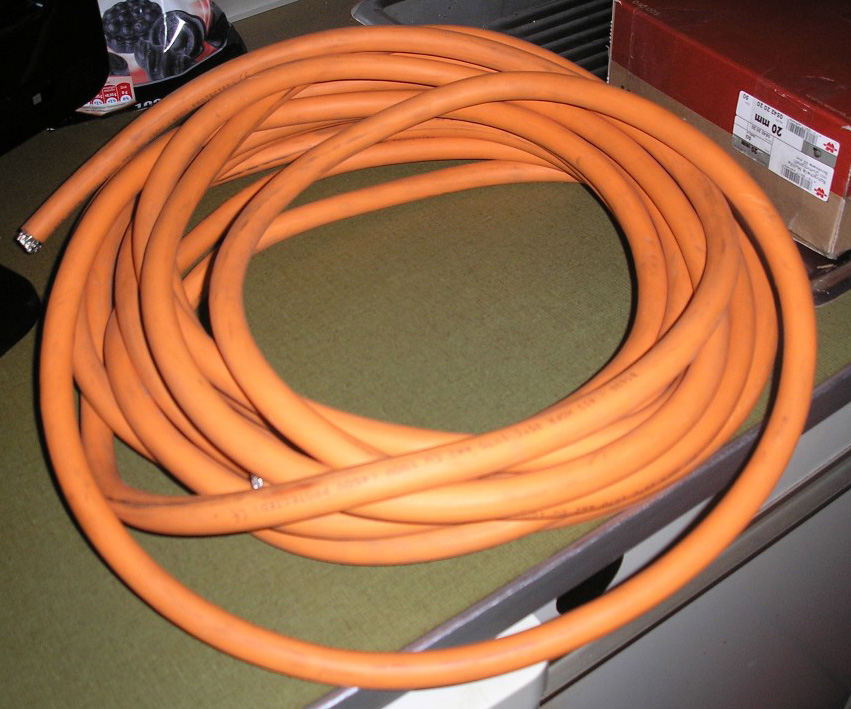 And last but not least cable shoes for the orange cables. 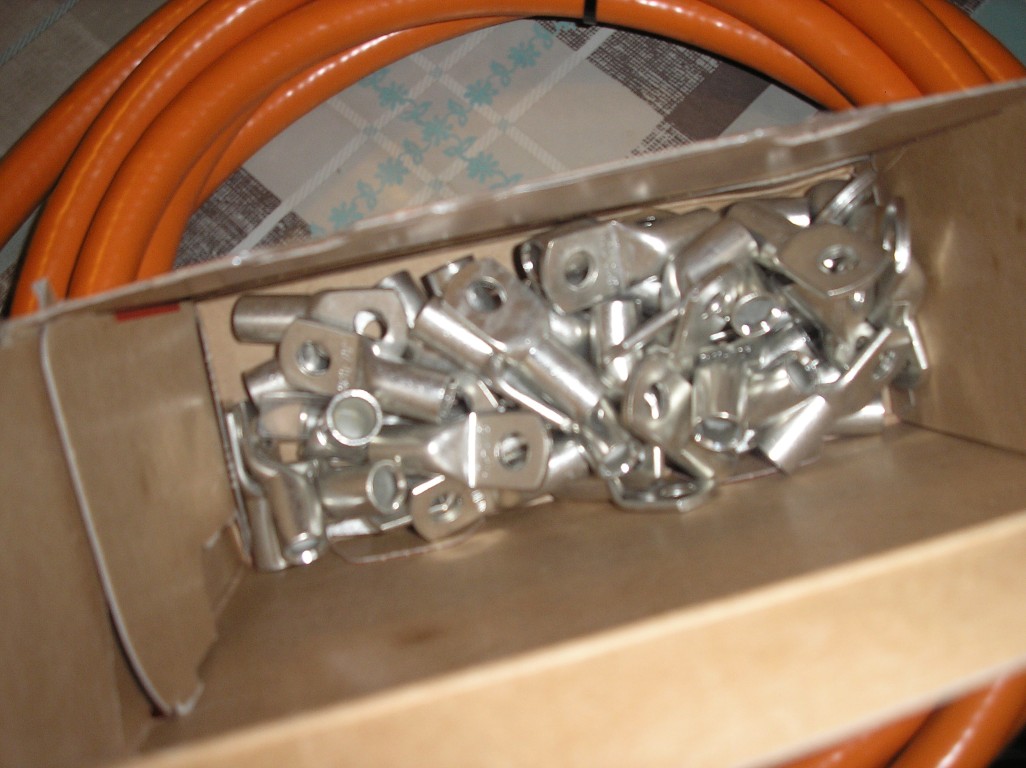 But I did already get a lot of parts now, however I need to get some mounts made for the controller and motor. Only after that I can actually start with the wiring and other things. But I can actually do some things now while waiting for the motor to arrive.