The day before yesterday I already said that today would be very fun. And indeed it was, I met some very nice people and was able to ride on an electric 4x4 ATV and also drive in an electric 4x4 UTV. ATV-Europe came to visit today. They're from Zeeland (Most south-west province of the Netherlands) and they sell these ATV's and UTV's throughout Europe. They were very interested in the quad bike I converted myself and were also very curious what I would say about their ATV and UTV. It was all really great, they both were very nice to ride and drive. Ofcourse the ATV was the most fun for me.

Now you might be wondering how they got these things here. Well, just with 2 Dodge RAM's. The ATV on the back and the UTV on a trailer. The whole terrain was suddenly full here. Was really great to see. 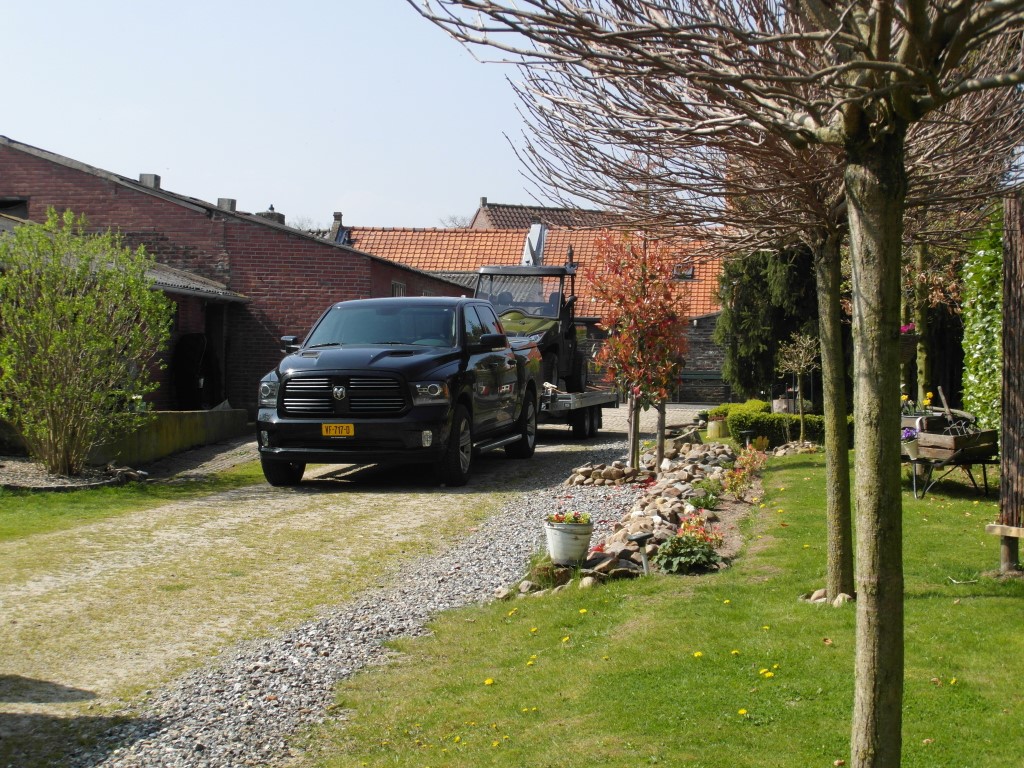 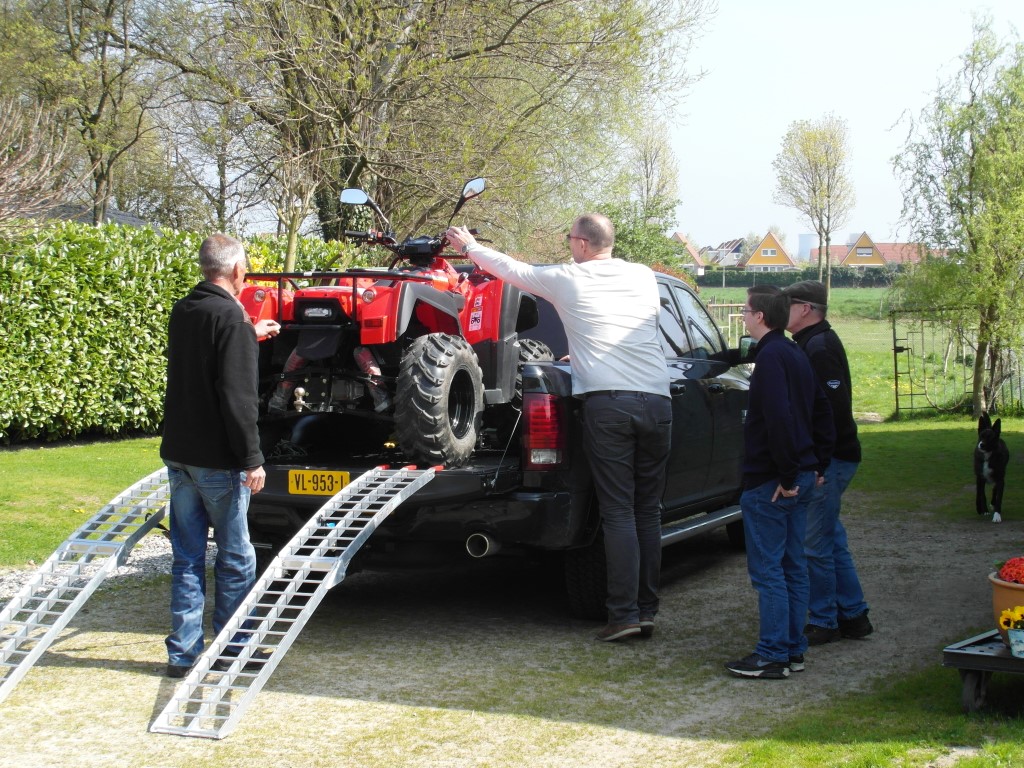 The cars were awesome already but I really liked the ATV and UTV very much as well. Just didn't really know where to actually test them so we just put them in the field together with our ponies. This was really fun, they weren't even afraid since these things didn't make any sound but once you'd get a bit close they all started running. 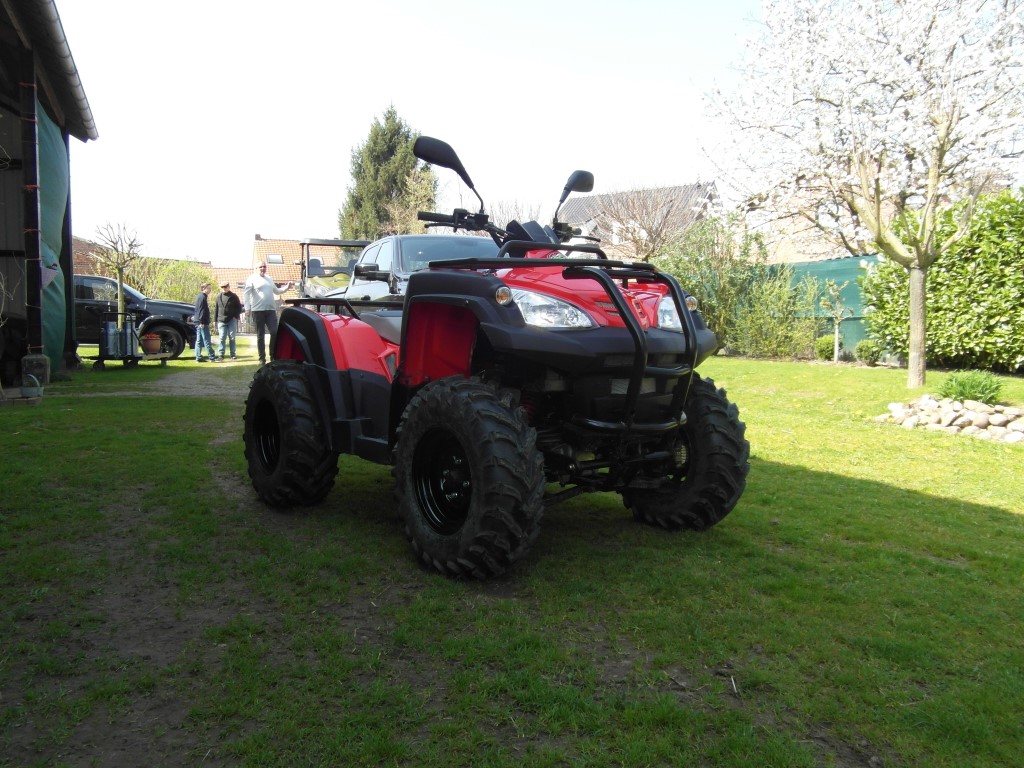 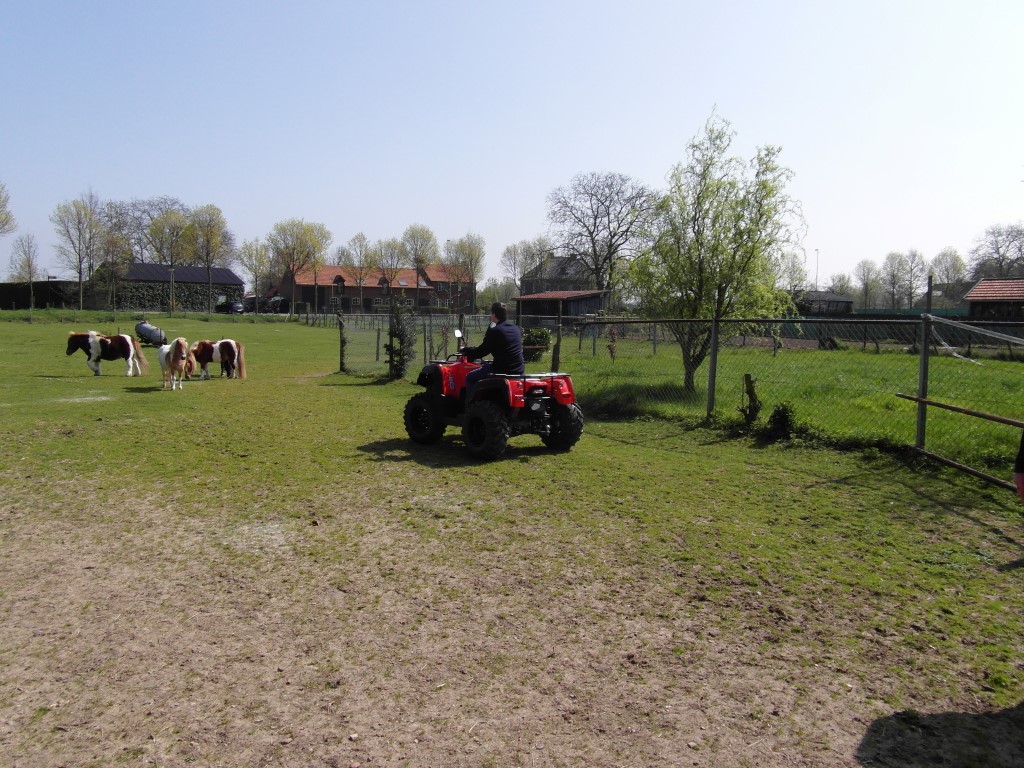 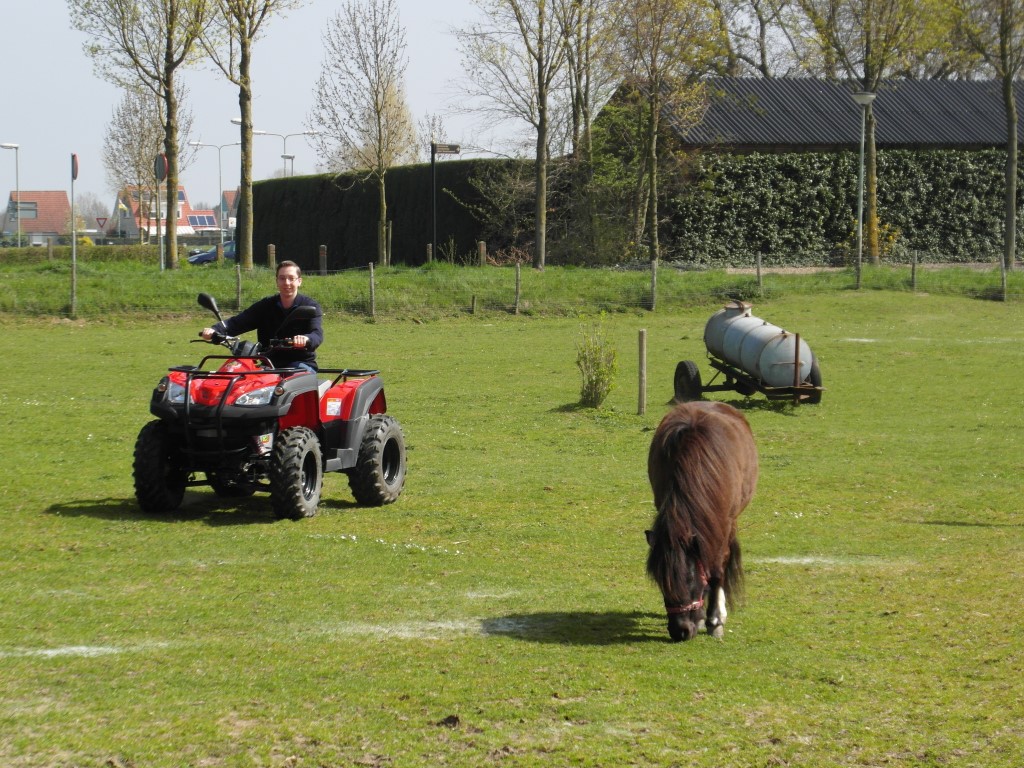 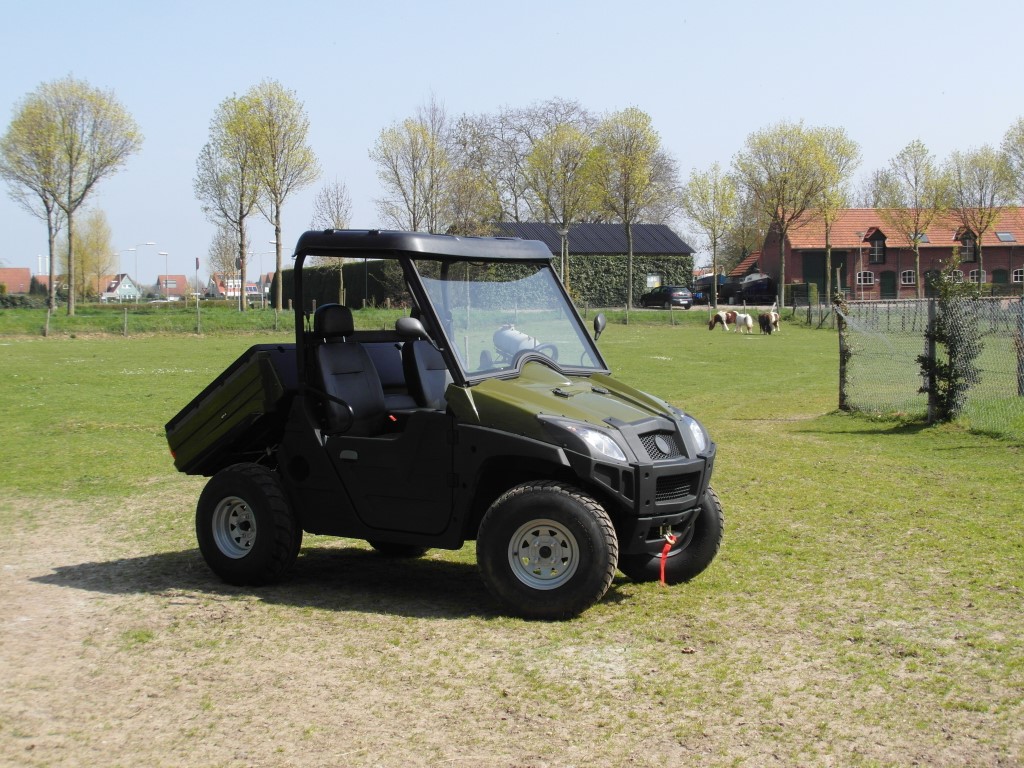 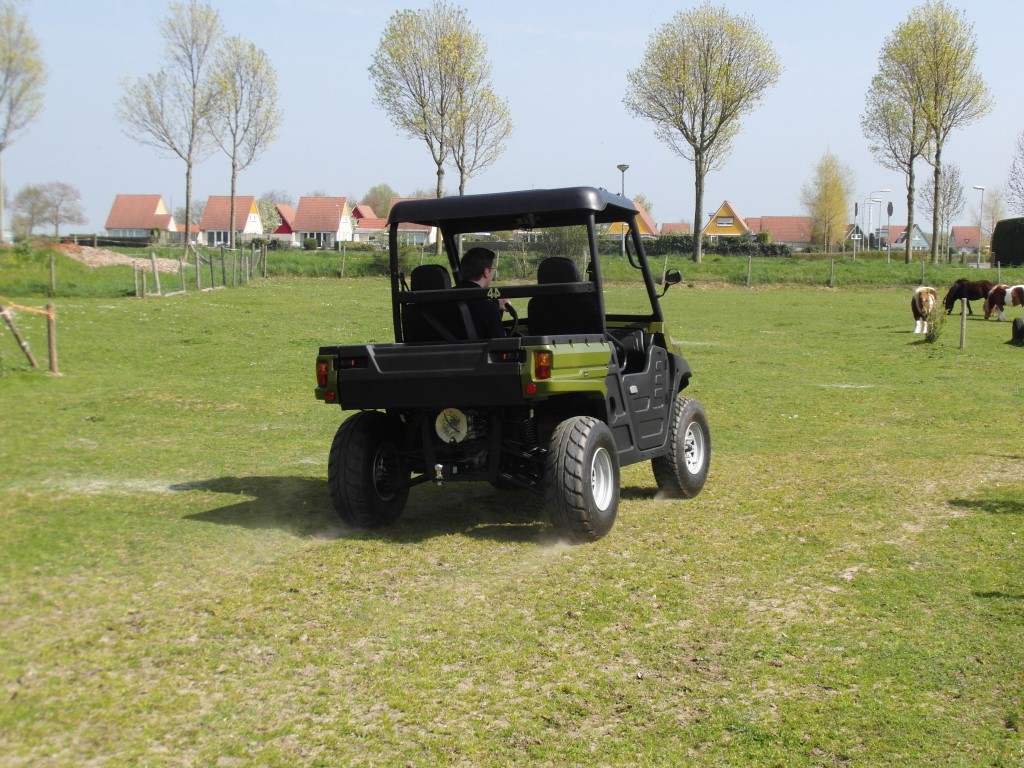 Ofcourse they also checked my own quad bike and thought it was really awesome. They even think that this might be able to sell if I were to put these kind of models on the market for a good price. So who knows, maybe something for in the future. But yeah, lets first see if I can get it approved so I can actually start testing it on the road. 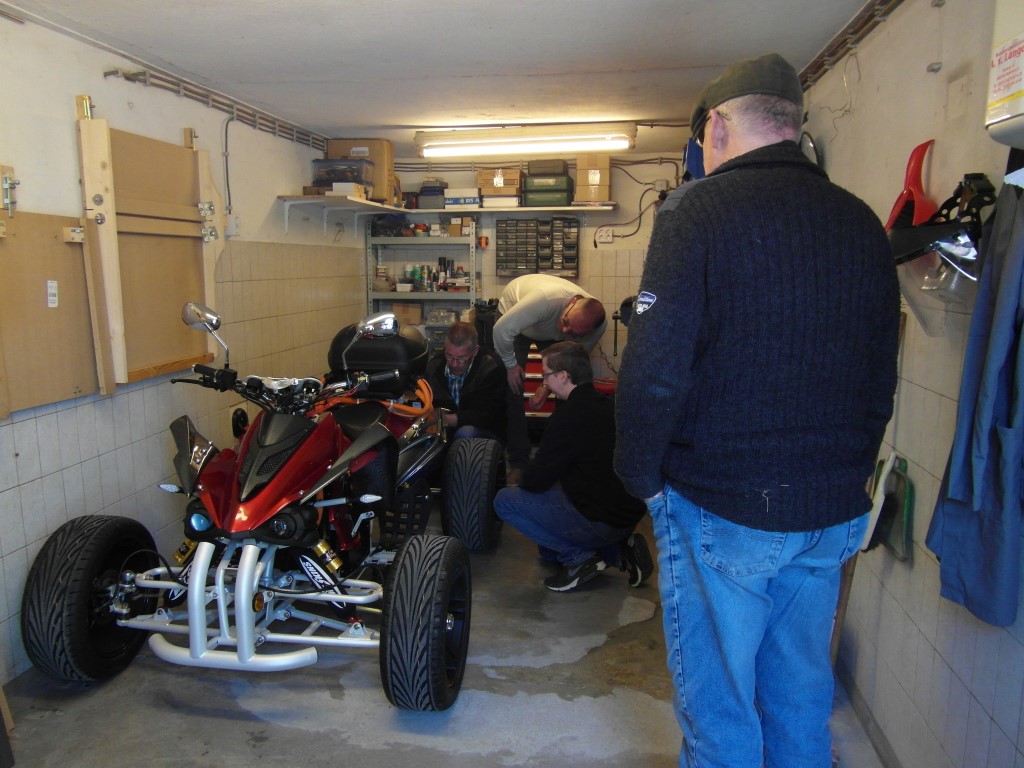 It was all really fun, unfortunately the time just flew by very quickly as well and they had to return home again. But I will definately see them again some time. 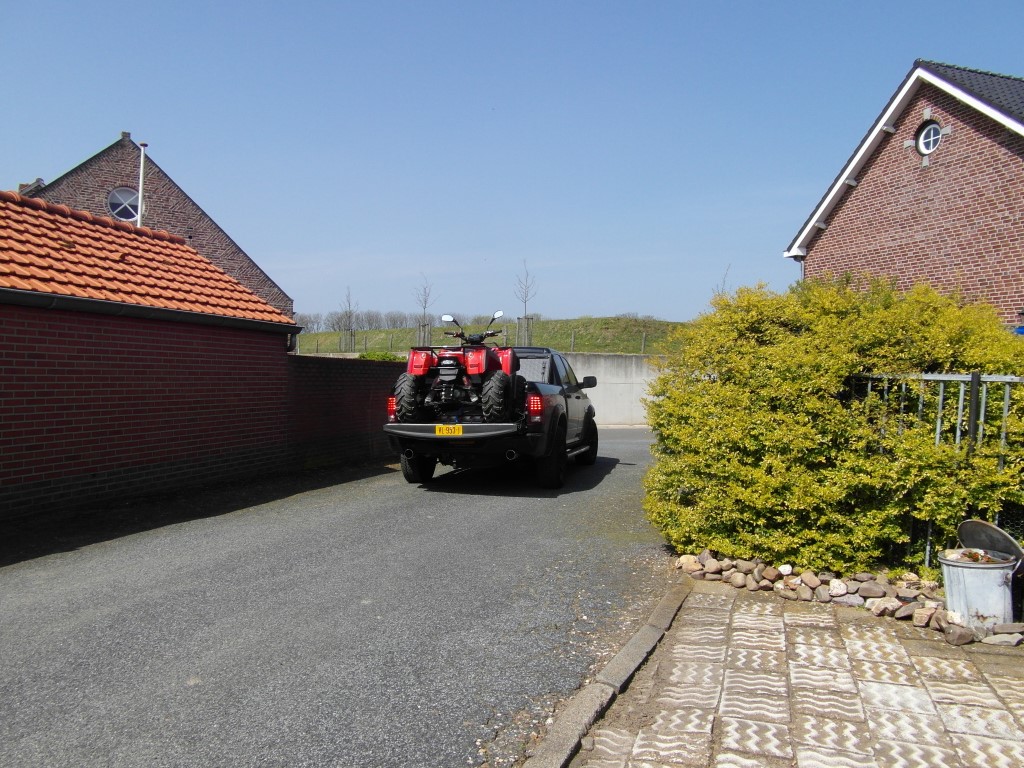 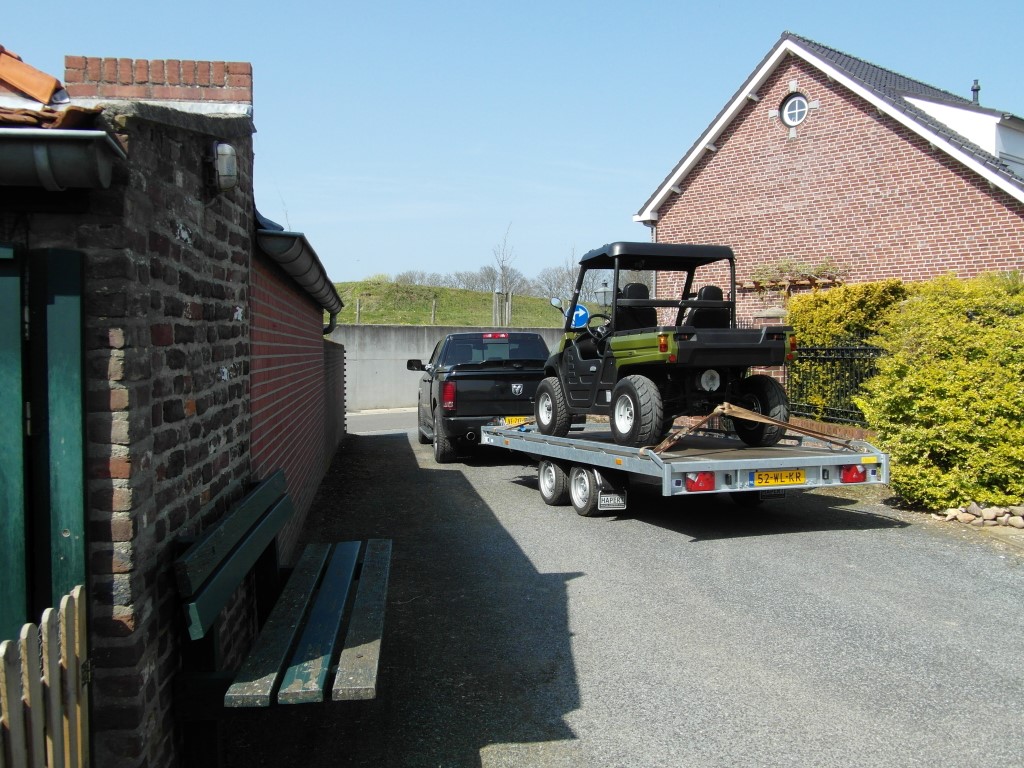 And to close off the day even better I just got a response from the RDW that the EMC certification for the controller is okay after all. The directives for this turn out to be pretty much the same for a quad bike and car. This was more or less the only thing that had me worried so I again have full faith now that the rest of the approval will go fine as well. Just 2 more weeks to go, very exciting!