Last weekend I've been busy again with the cooling for the motor. The 3 fans I had placed below the motor I turned around so they draw out air from the motor.

The in-line blower I also turned around so it's blowing cool air into the motor. Ofcourse I needed an air filter for this so I went and bought a big one that has the same diameter as the fan itself. This is what it looks like now. 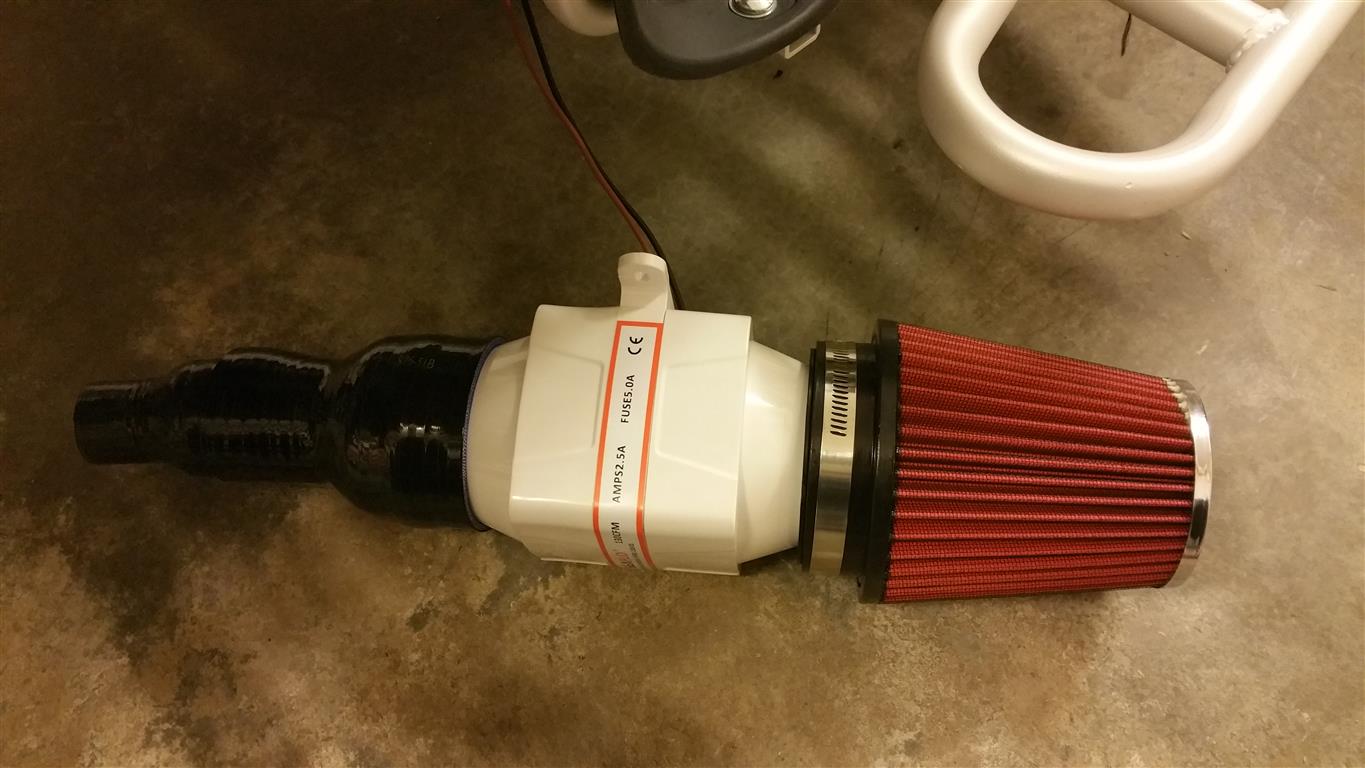 I turned on the in-line blower for a short moment to test how much air would come out of it. And I was very pleased with it, I was just blowing away everything that was lying on the floor. Since it's going from a big to small diameter there's quite some air pressure. After this I placed the whole thing on the quad bike again and when it stopped raining outside I went for another test run. 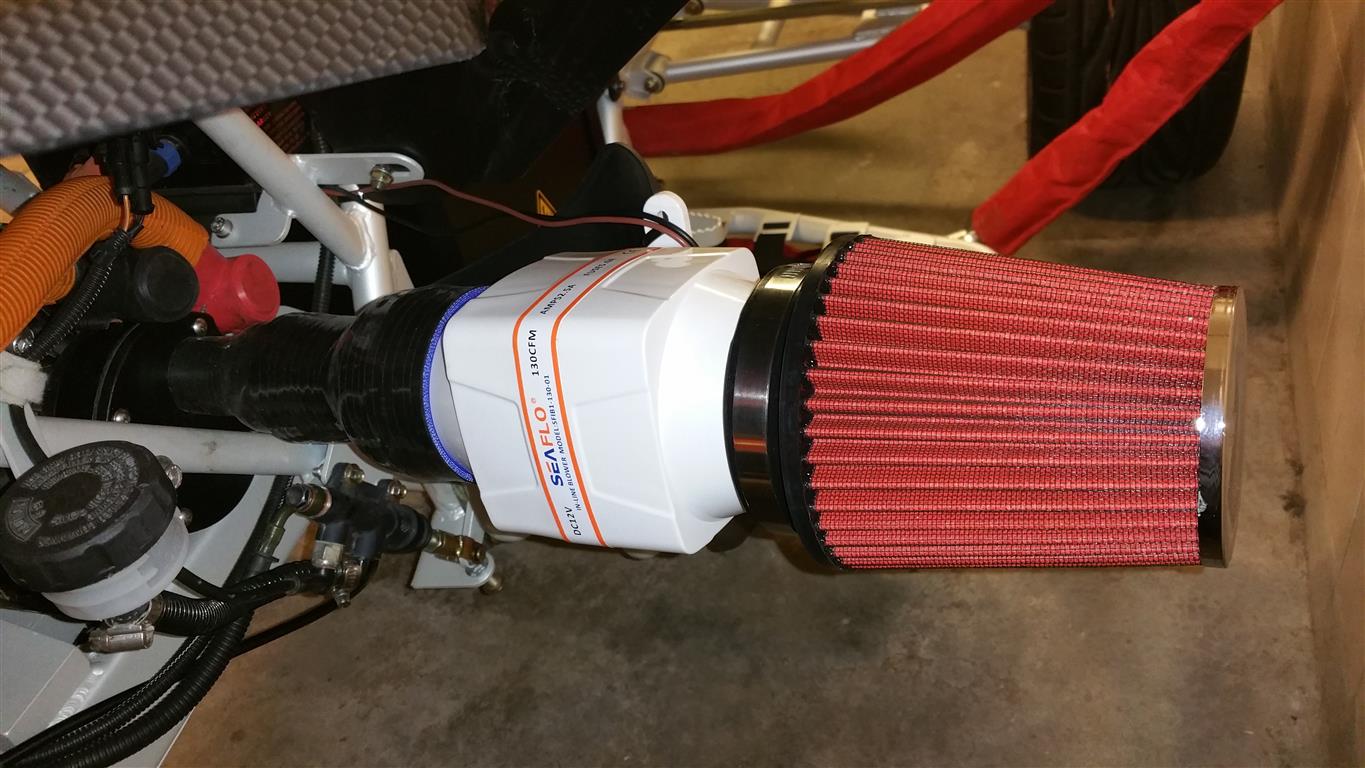 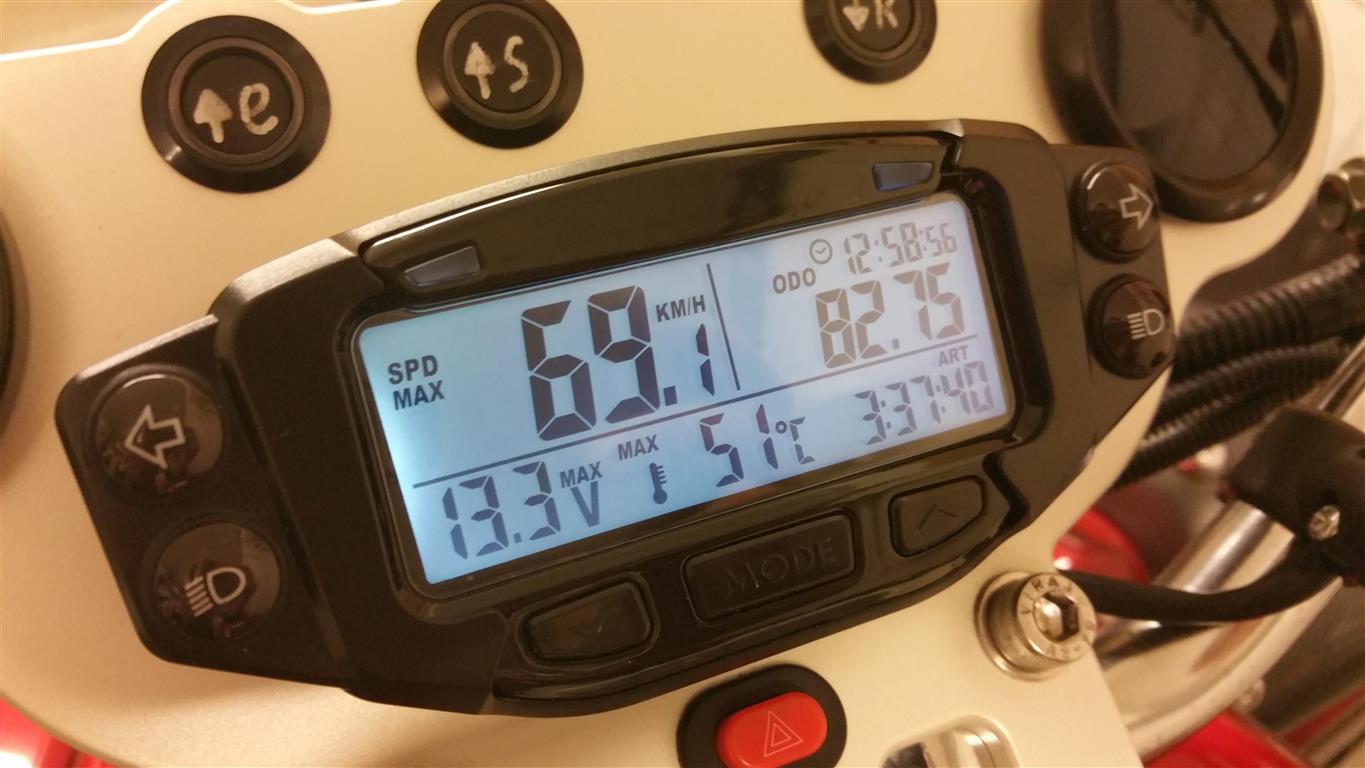 I now still want to try removing those 3 fans below the motor because I have a feeling that these aren't really helping that much and that only the in-line blower will be enough. Also still have to see how I can properly mount that in-line blower. I definately want to place some rubber inbetween since it vibrates pretty much.

I also want to ride a longer distance now to see if the temperature will actually stay around that 50 degrees celsius, even with 80 km/h (50 mph). But I don't really expect any problems anymore with the temperature now.