Blog / Continued with battery boxes and 3D drawing of controller

Continued with battery boxes and 3D drawing of controller

Made some progress again.

These past few days I've been busy with epoxy glue on the battery boxes. Works pretty well, is very strong and fills reasonably good. Just not everywhere since the grooves are rather deep in some places. But might be able to just use filler for that before it gets sprayed. In any case it's sturdy enough now. 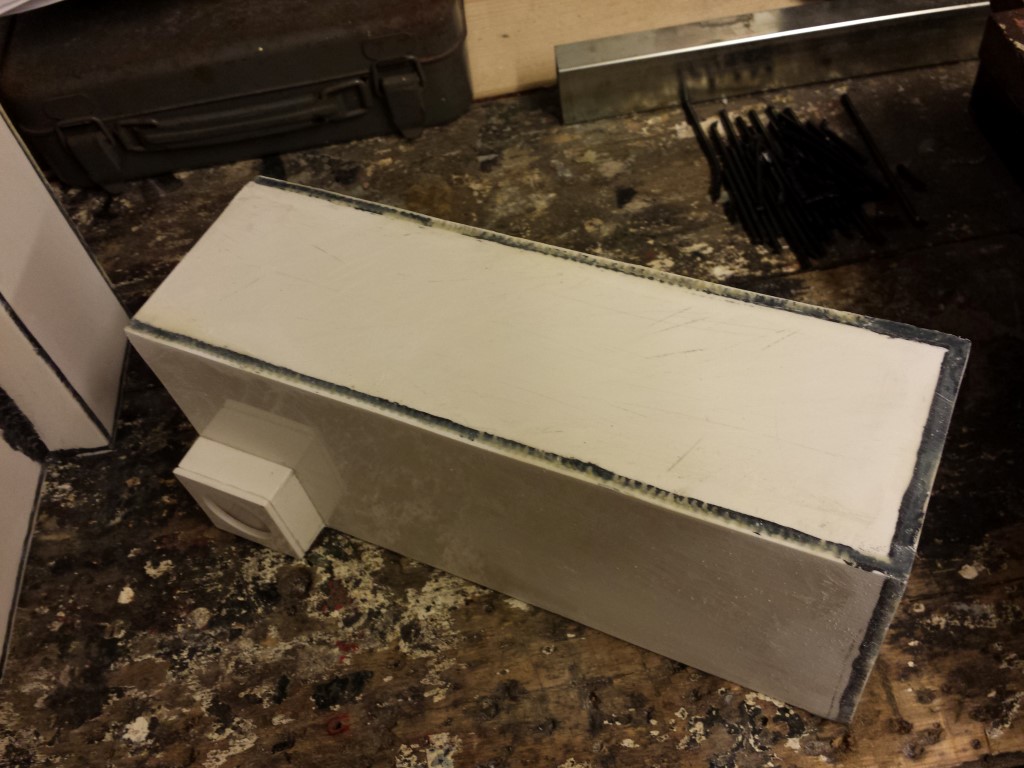 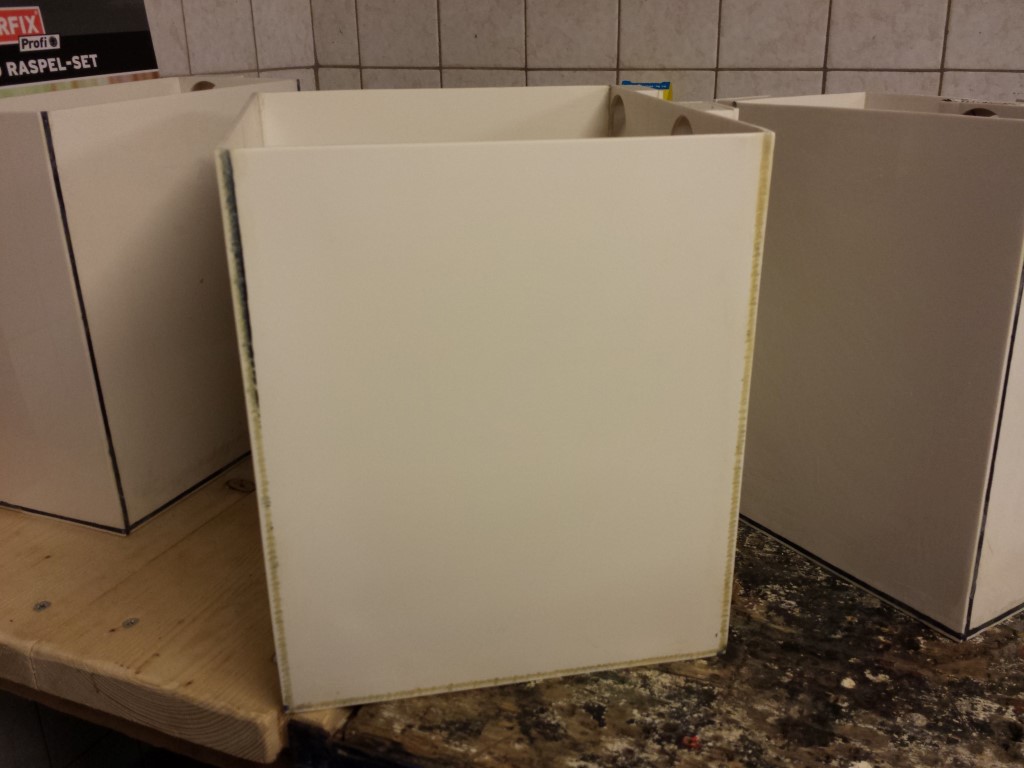 Today I tried fitting the batteries in all the battery boxes again. I got some green plastic straps from someone of the China Quad forum during a club meeting but unfortunately these were just a bit too thick (0,9 mm). But coincidentally I received a package today with some smaller gray plastic straps around them (0,65 mm). It were 2 straps with just the right length to make 4 pieces out of them. 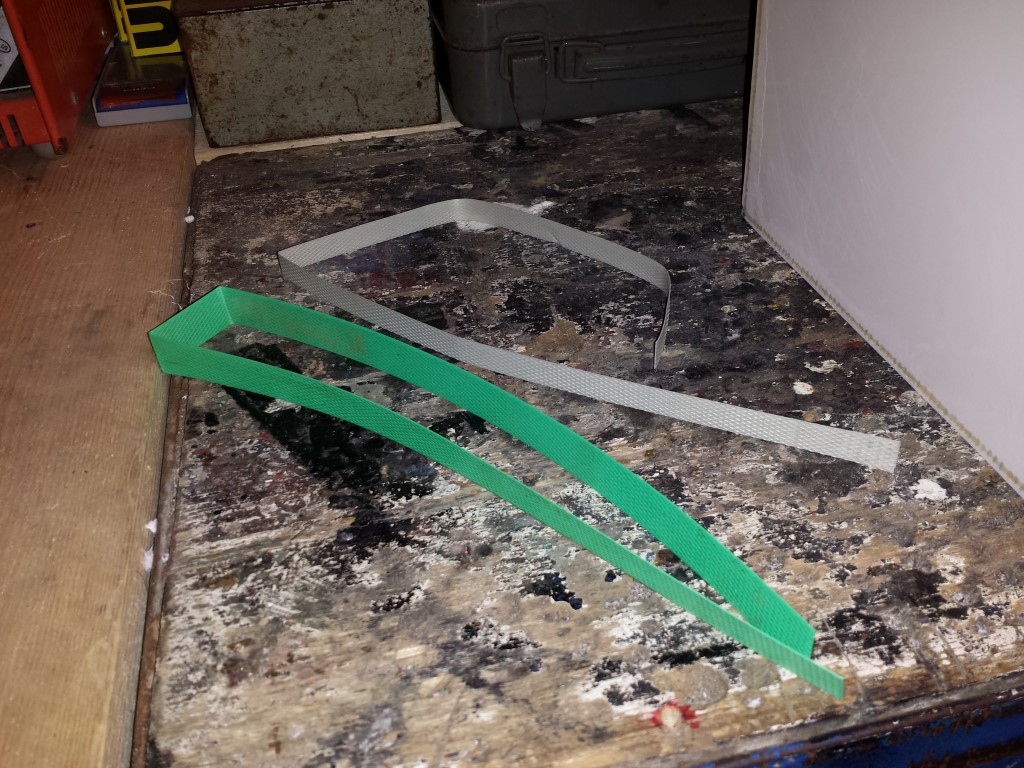 In the biggest and smallest battery box they fit perfectly without having to modify anything. In the bigger one which has 6 batteries I had to file the top of one of the batteries a bit. The plastic enclosure is thick enough anyway and the top part kind of sticks out a bit on them all. Ofcourse I first put some tape on the terminals. Accidentally causing a short circuit with the file doesn't seem fun to me. But it worked, the strap fits in this battery box as well now, can still get the battery out with a little force. 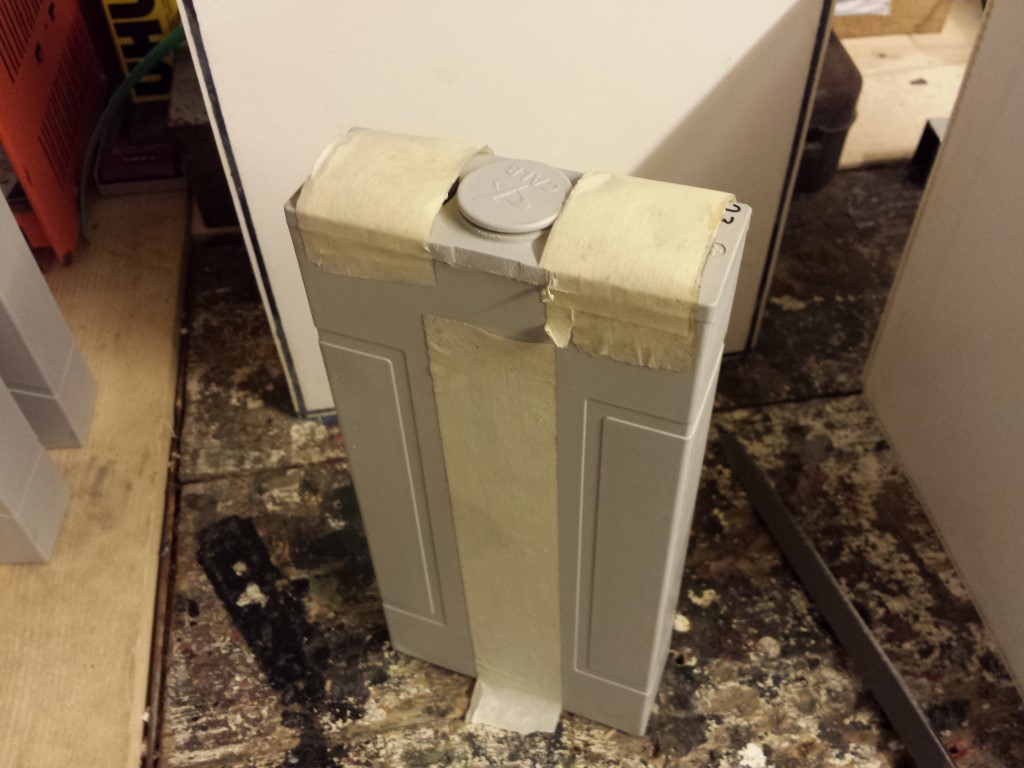 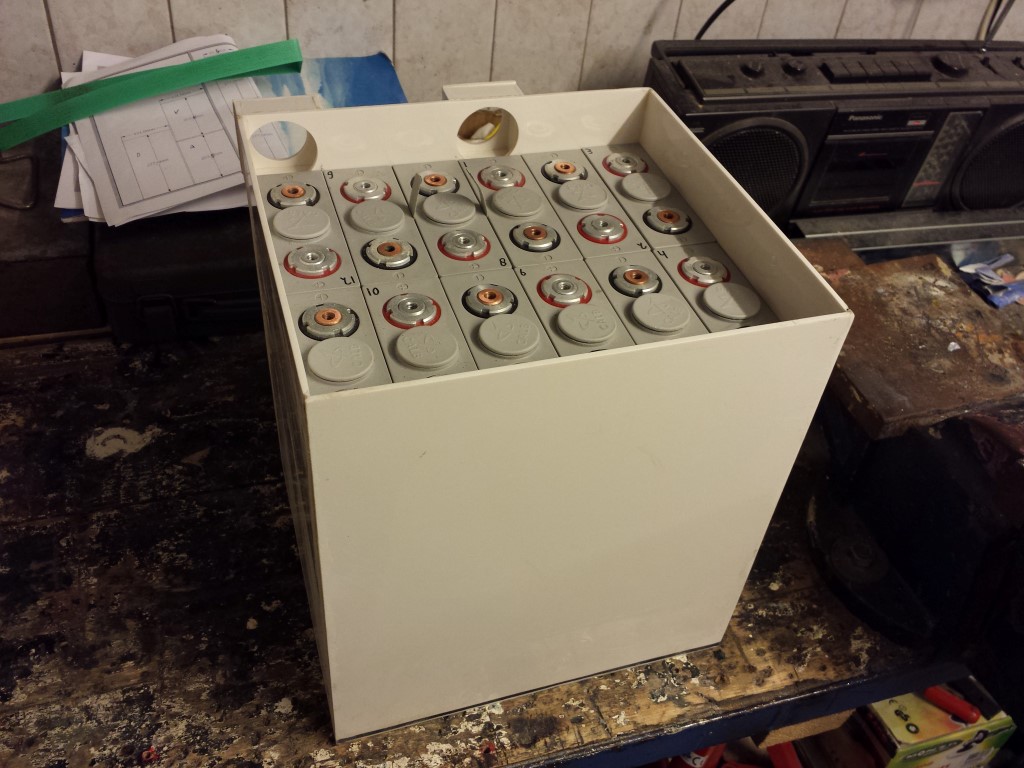 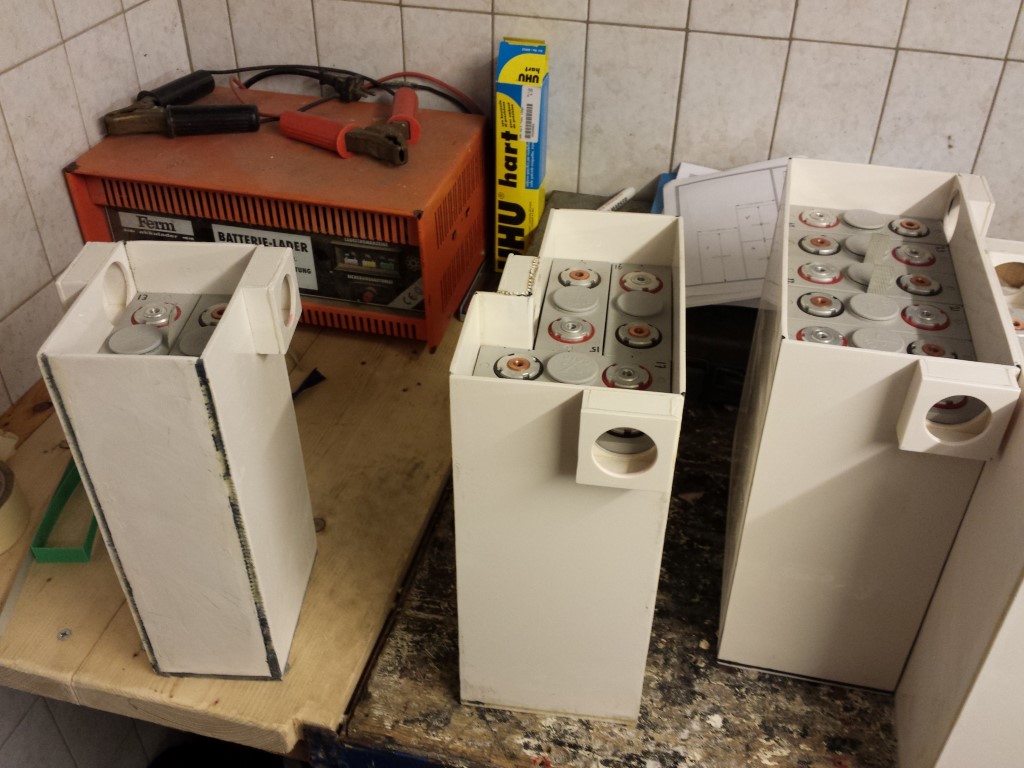 But then the battery box with the corner in it. Been messing around with this box since the beginning and ofcourse it gave me some more problems now. Without a strap the batteries barely fit. There just wasn't enough space for a strap so I also filed the top of the batteries quite a bit. But unfortunately the problem isn't at the top but at the bottom of the battery box. There's just no space left there at all for a strap and I can't file the bottom of the batteries. So I have no idea what to do with this. For now I just left them in without a strap. Can still get them out by placing the battery box upside down but ofcourse this won't work once it's fitted onto the quad bike. I will try and find a solution for this later. 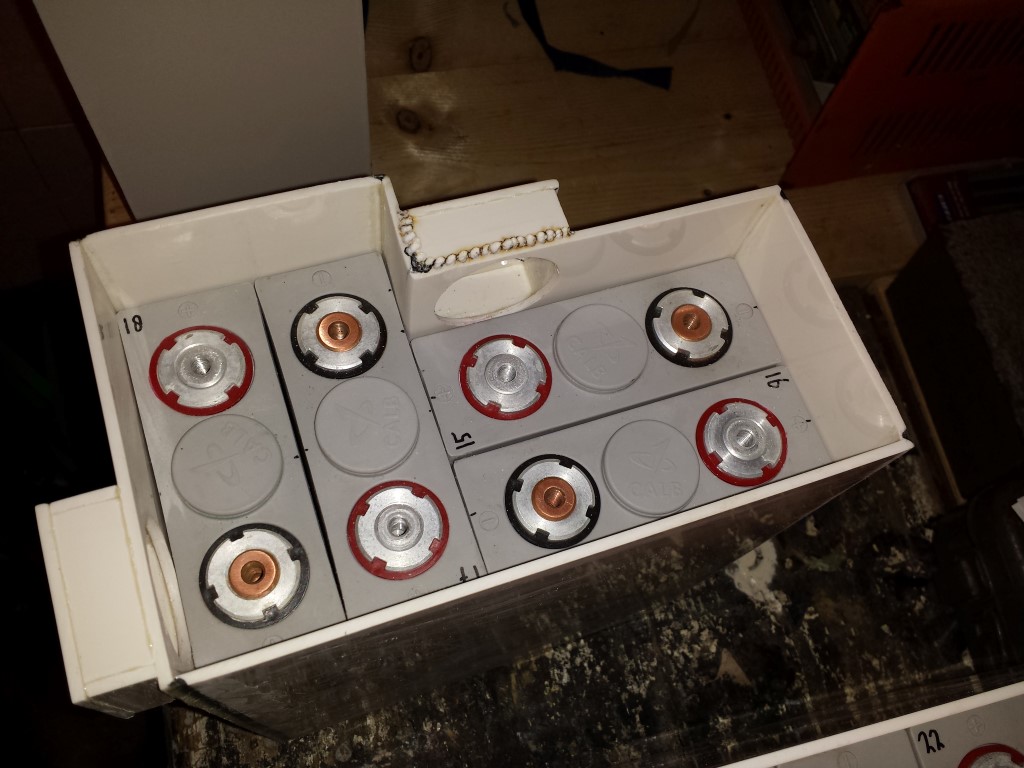 For the rest I also temporarily fitted the hall sensor and placed the throttle cable on it. This is only for the testride which will be soon, eventually I'll make something different for this and also in an enclosure so there can't get any dirt or water in there. 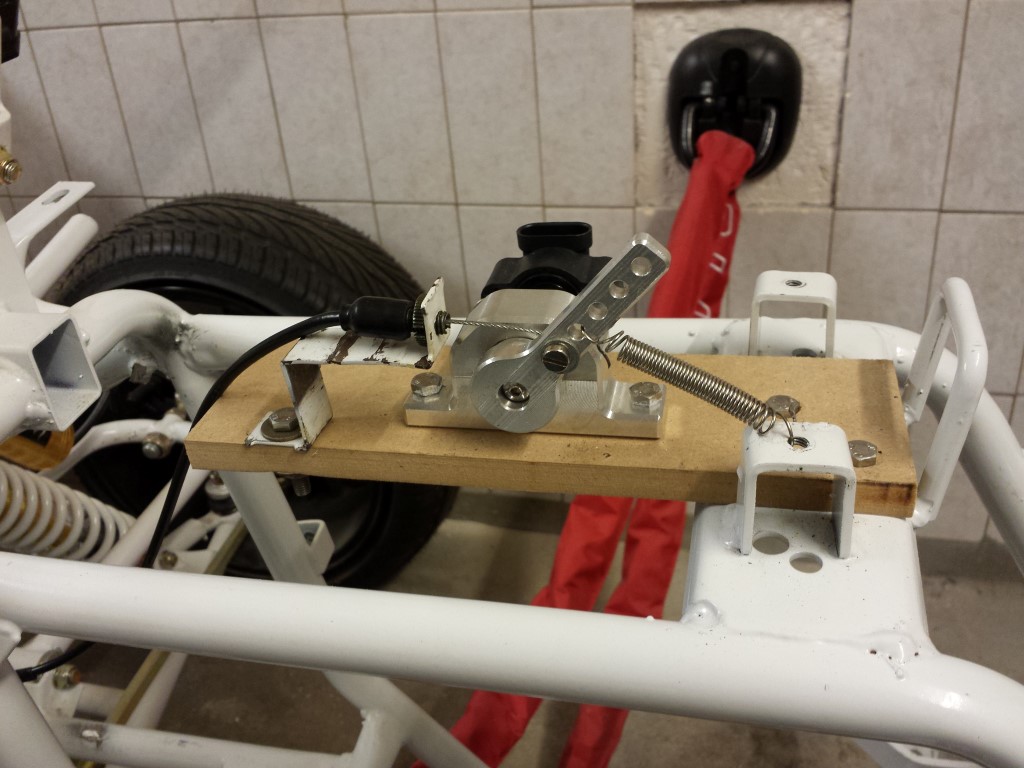 Now I just need to wait for the controller mounts, if all goes well they should be done wednesday and then I can finally attach the controller to the frame.

Was a bit bored meanwhile so I tried to replicate the controller in SketchUp. Think it turned out pretty good. I just can't get it to shine so it's very gray now. 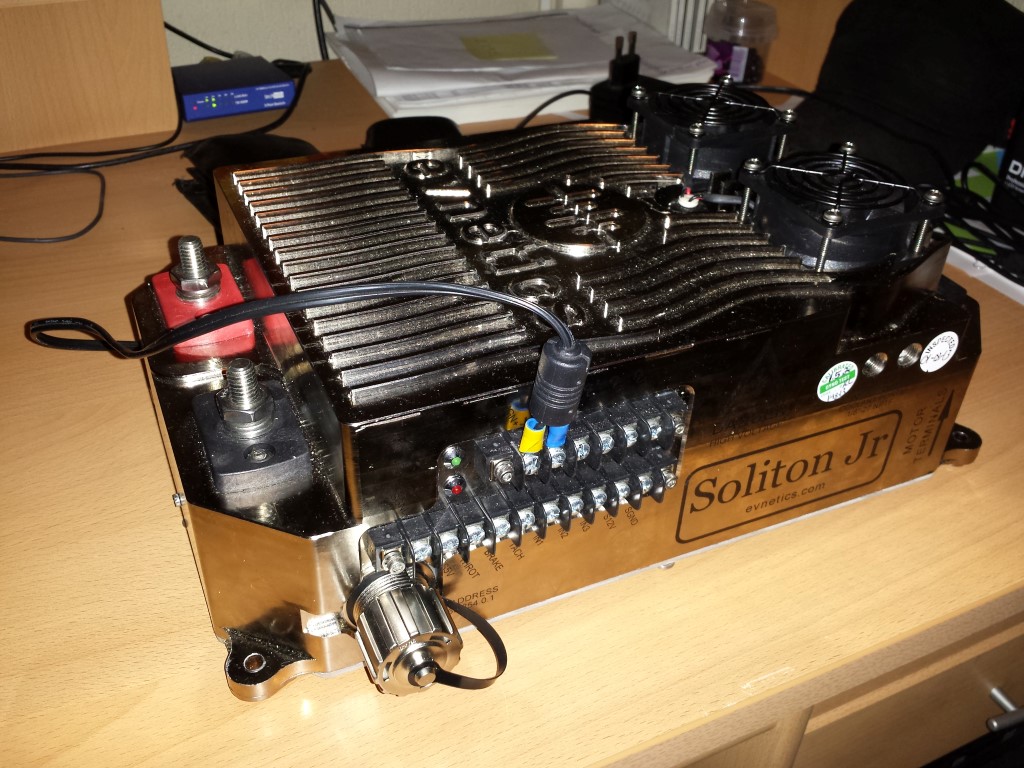 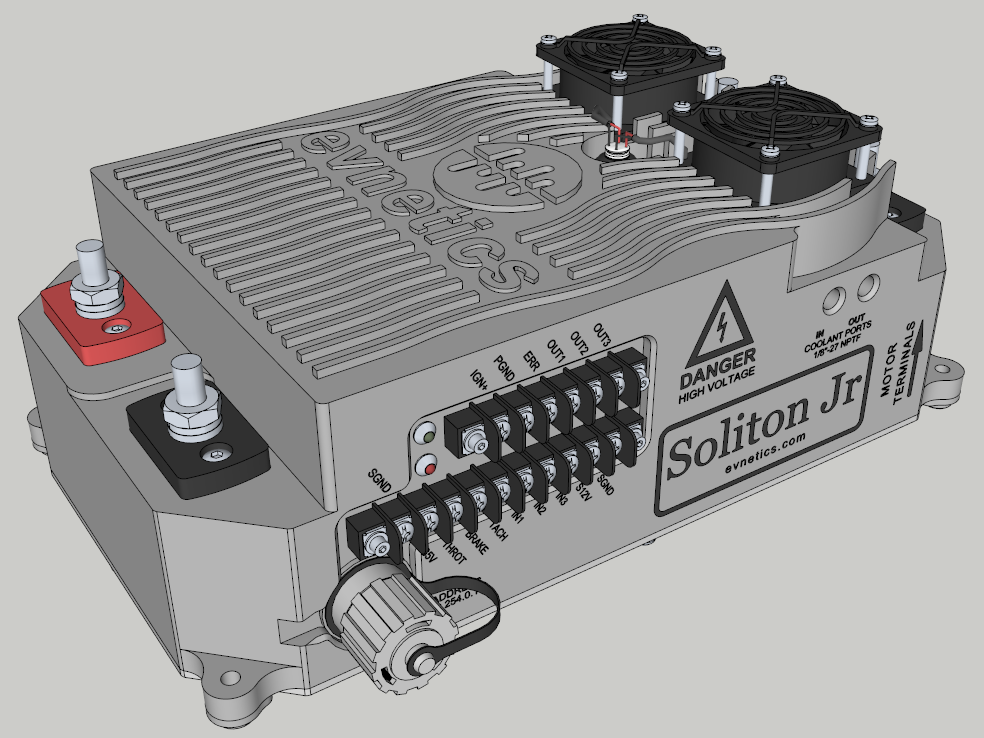 And here on the mounts. Hopefully it actually fits this well. 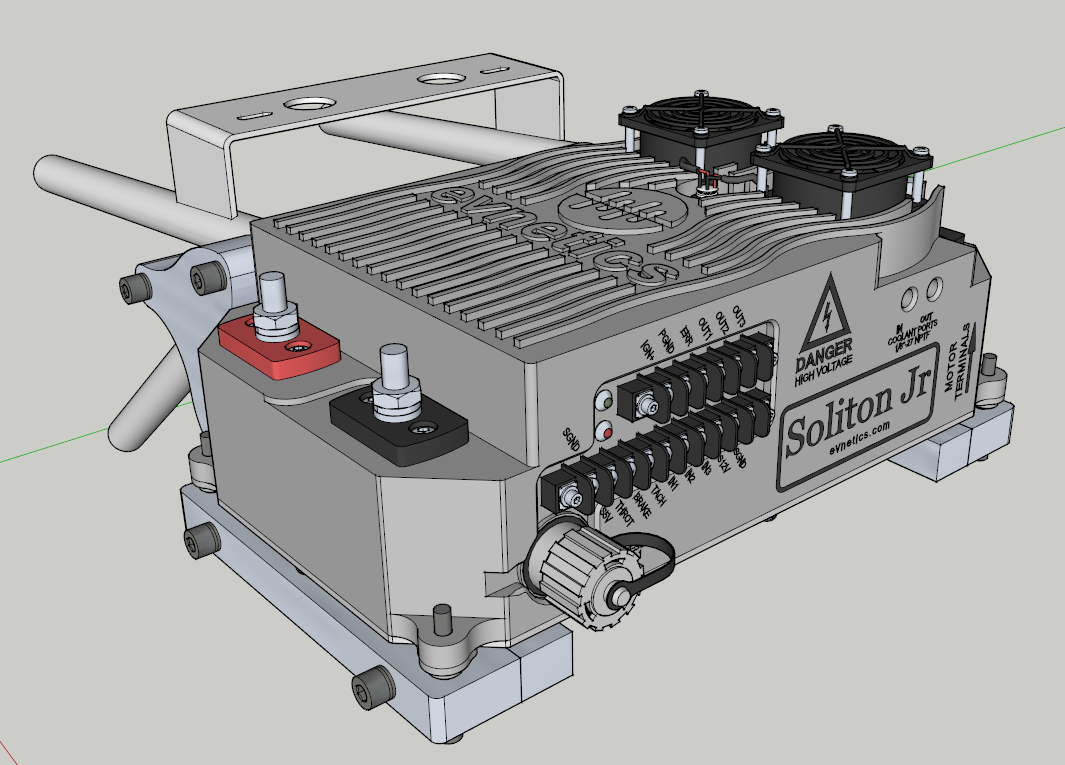 That was it for today.