Another small update. A few days ago I already got the steel corner profiles, strips and a plate for the battery boxes and charger. It weighs quite much all together. Wanted to try and saw this by hand with a mitre saw but after half an hour I only sawed one profile so I stopped. Meanwhile I've bought an electric mitre saw which can be used for wood, aluminium and steel, will always be worth it's money that way. Tomorrow or this weekend I'll be able to continue again with sawing the profiles. 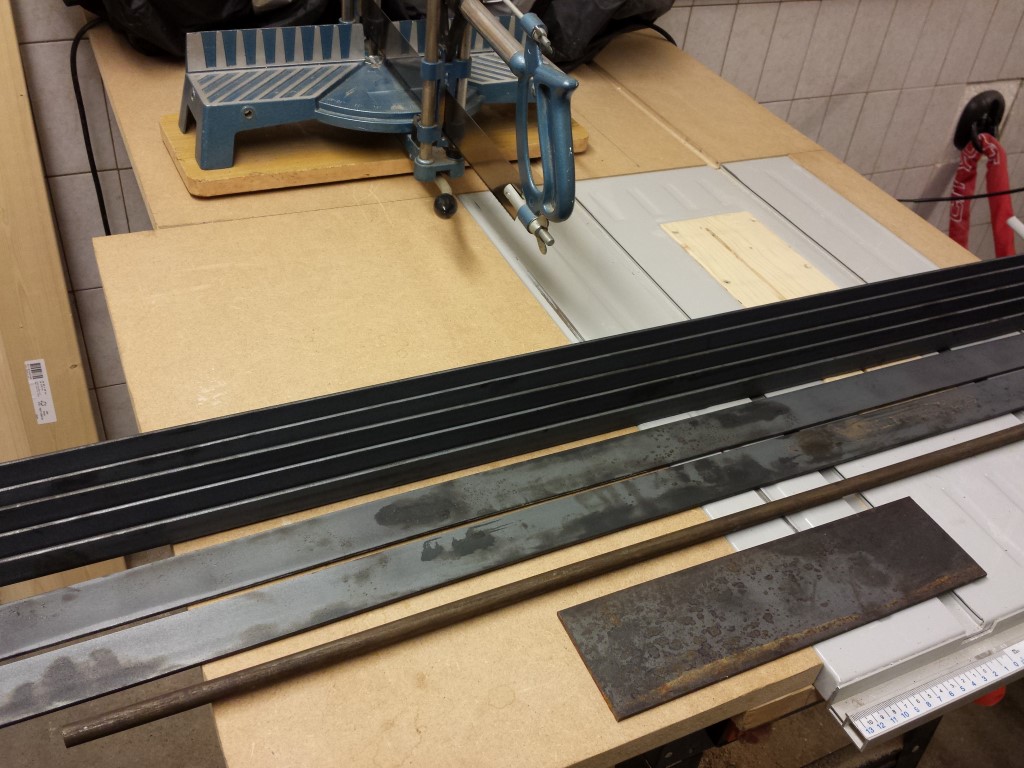 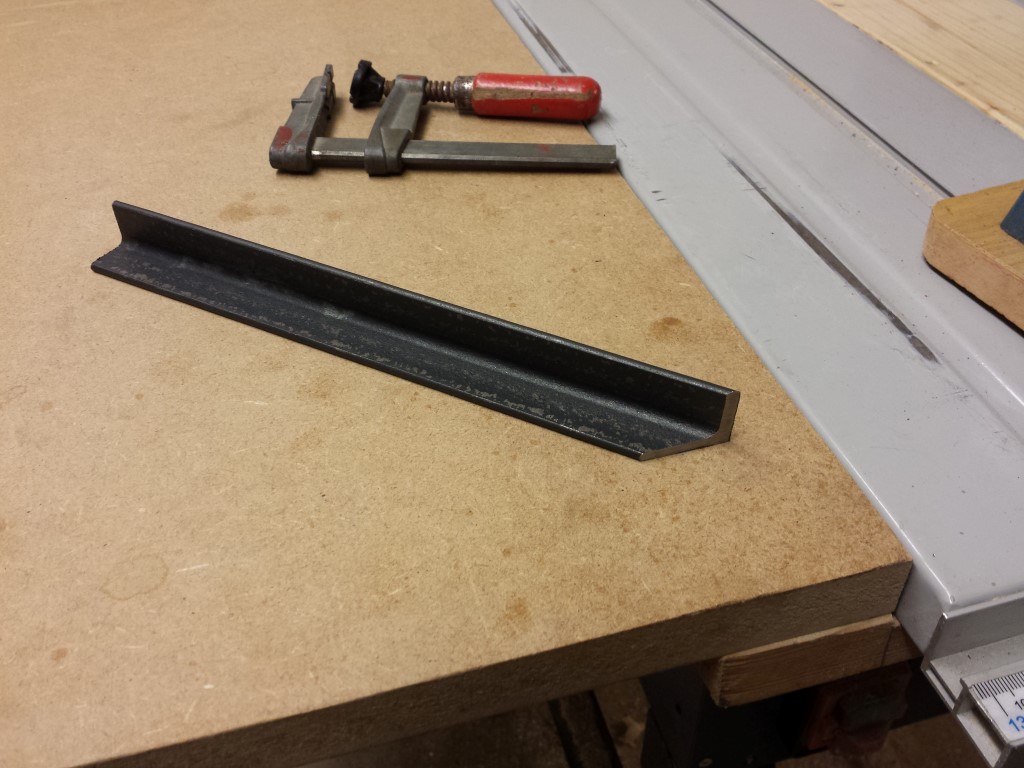 But that wasn't all yet, I also went shopping on Ebay (will have to be careful with this, already seen many nice things) and got a new throttle with grips. Not to make it look better or anything like that because they look pretty much alike and are still Chinese but this is one with a hall sensor built in. Now I won't have to use the seperate potentiometer anymore where the throttle cable was attached to. And also won't need a throttle cable anymore. That's probably the best thing because I still remember really well from my scooter era how annoying these throttle cables can be when they suddenly break. Now there's a cable going straight from the throttle to the controller, or like they call it drive-by-wire. They're a bit shorter than the original and closed on the outside so everything's moved a bit more towards the ends of the handle bar. Will have to wait and see if I like it this way, otherwise I could just cut off a small part of the handle bar on both sides. Also bought a 2nd set of these as backup, they're still Chinese ofcourse. Was pretty cheap anyway. 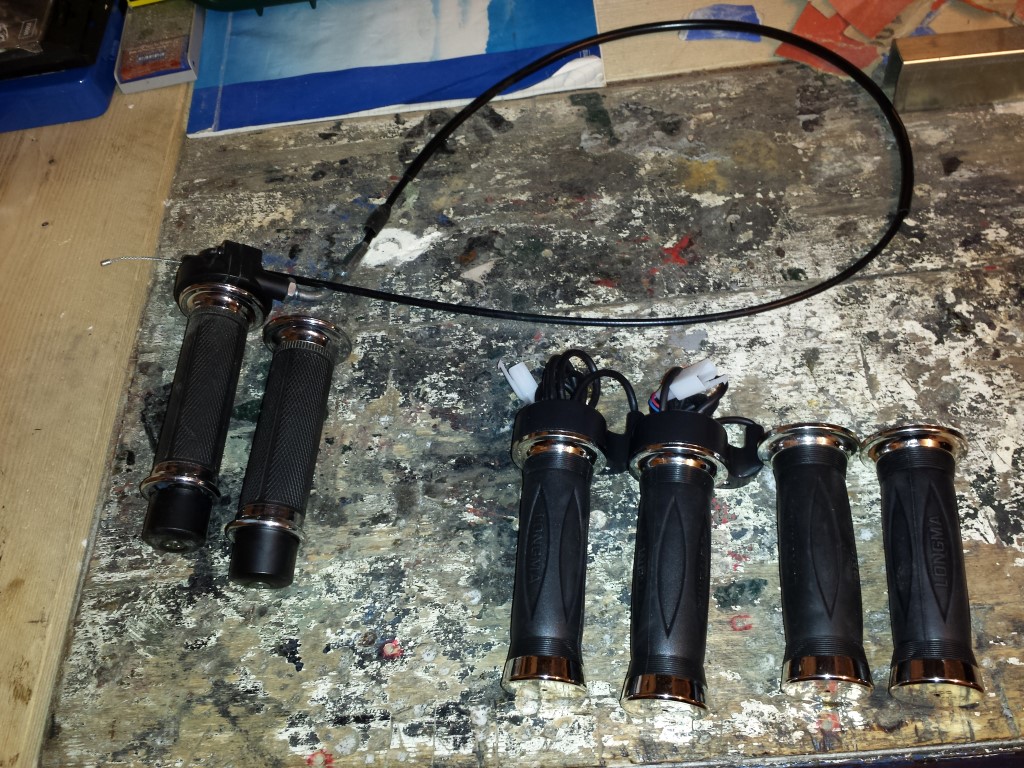 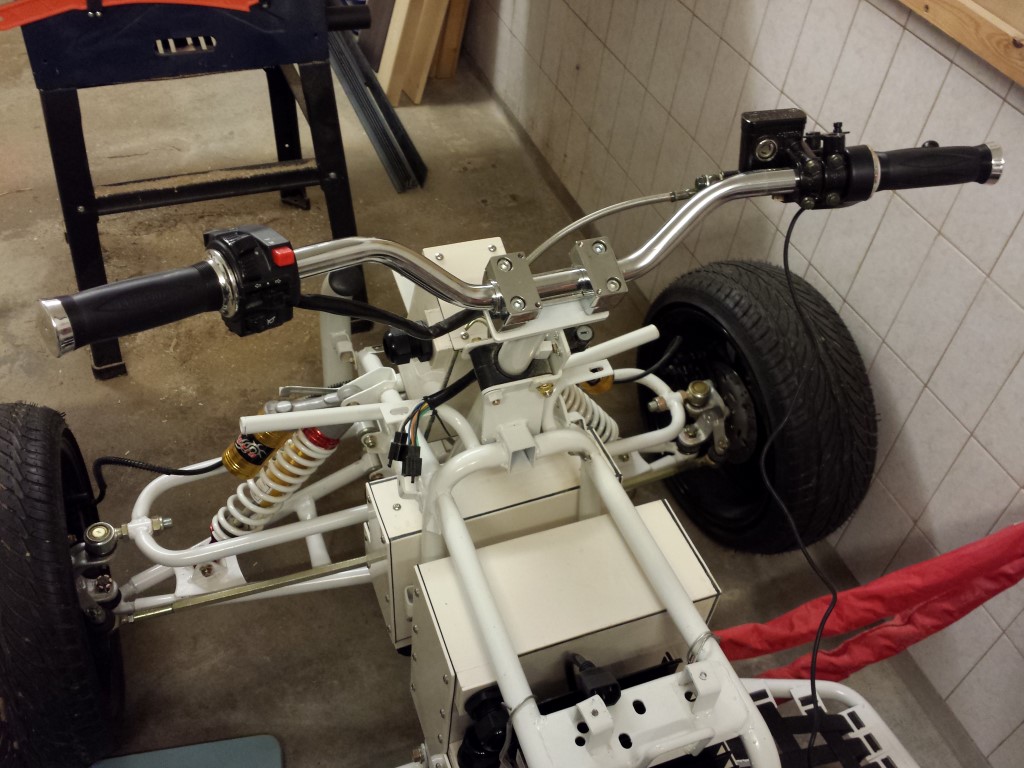 I also wanted to move the mounting points for the mirrors a bit, it went well on one side but on the other side not so much. This is what happens when you overtighten them just slightly. 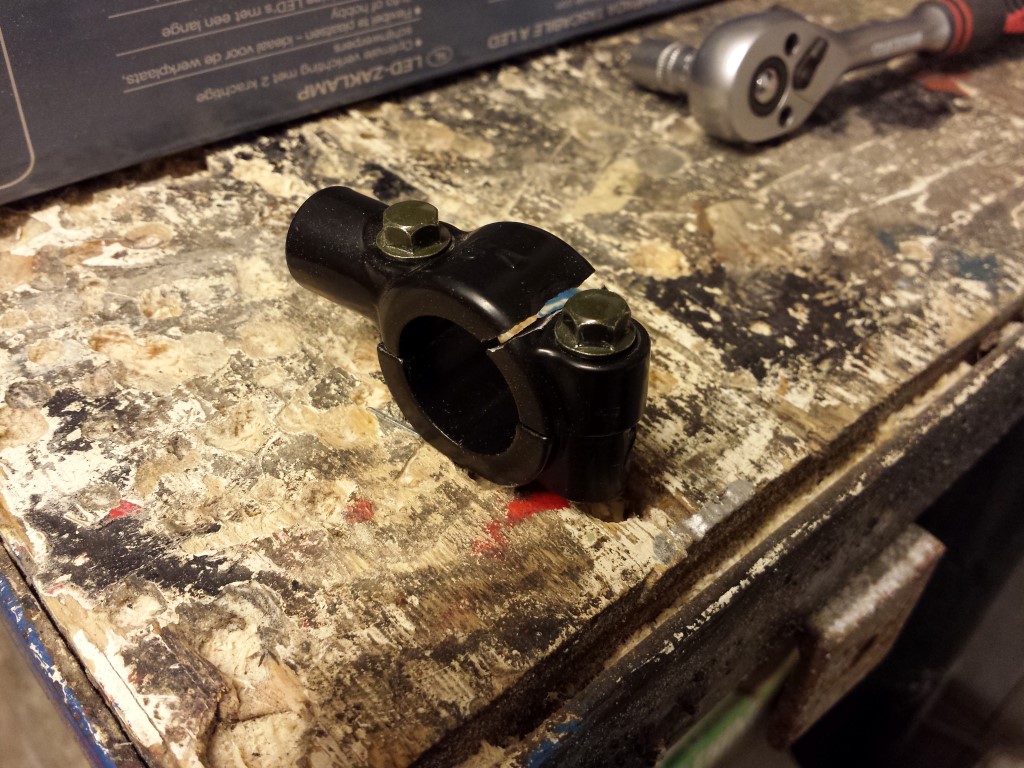 Also received a new digital dashboard today. Trail Tech Striker with seperate dashboard around it and a seperate tachometer. 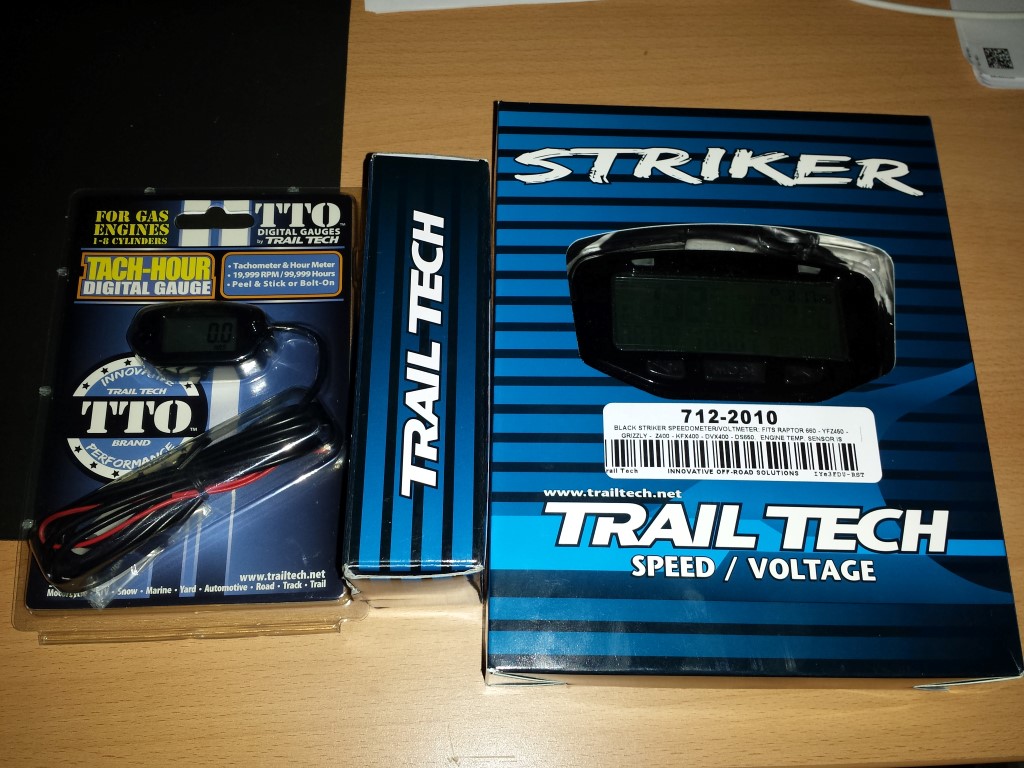 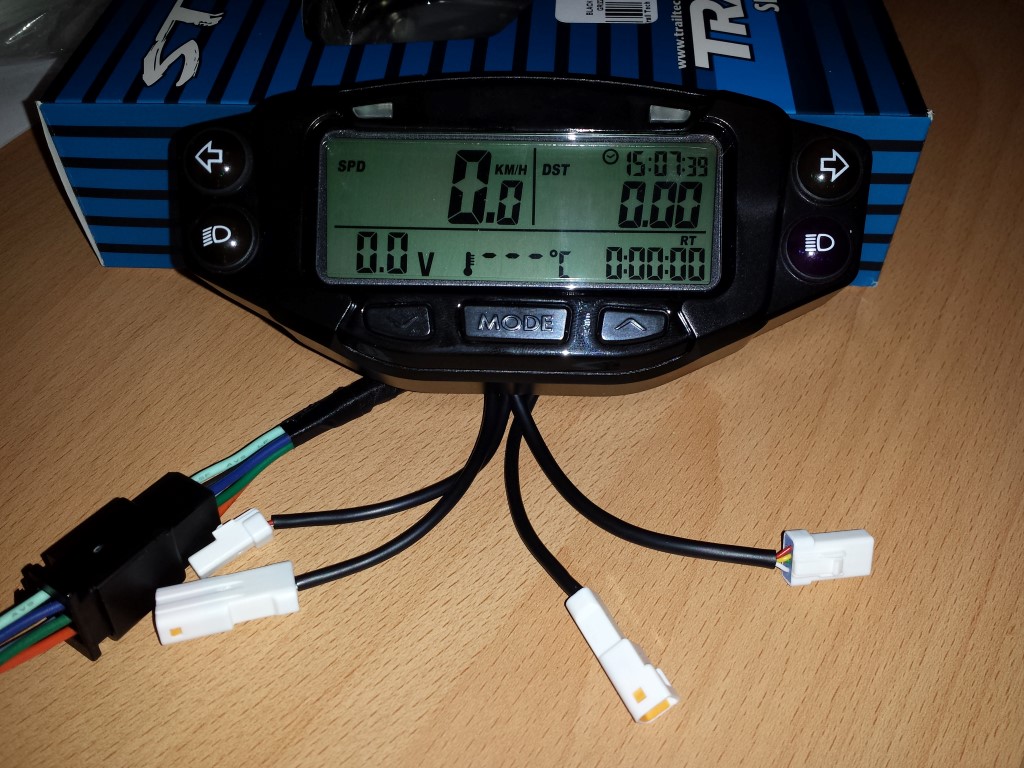 It all looks nice and it's quite a bit smaller than I thought it'd be. But today I also tested that seperate tachometer and unfortunately it doesn't work. Normally its wire just gets wrapped around the spark plug lead to get the pulse signal but this can't be done with mine. The controller does have a function to pass on the pulses of the RPM sensor but when I connect to tachometer to this it unfortunately doesn't do anything. Already contacted Trail Tech about this en according to them this indeed can't be done since it's inductive and needs high voltage (like with an ignition coil). So I can't do anything with this unfortunately. Will have to see if I can send it back. The Striker dashboard I still haven't been able to test yet but I don't expect any problems with this, should all work well.

On Ebay I also still found some rubbers that go around the connectors for the charger and DC-DC converter. This way it'll all last a bit longer again if no water/moisture can enter. 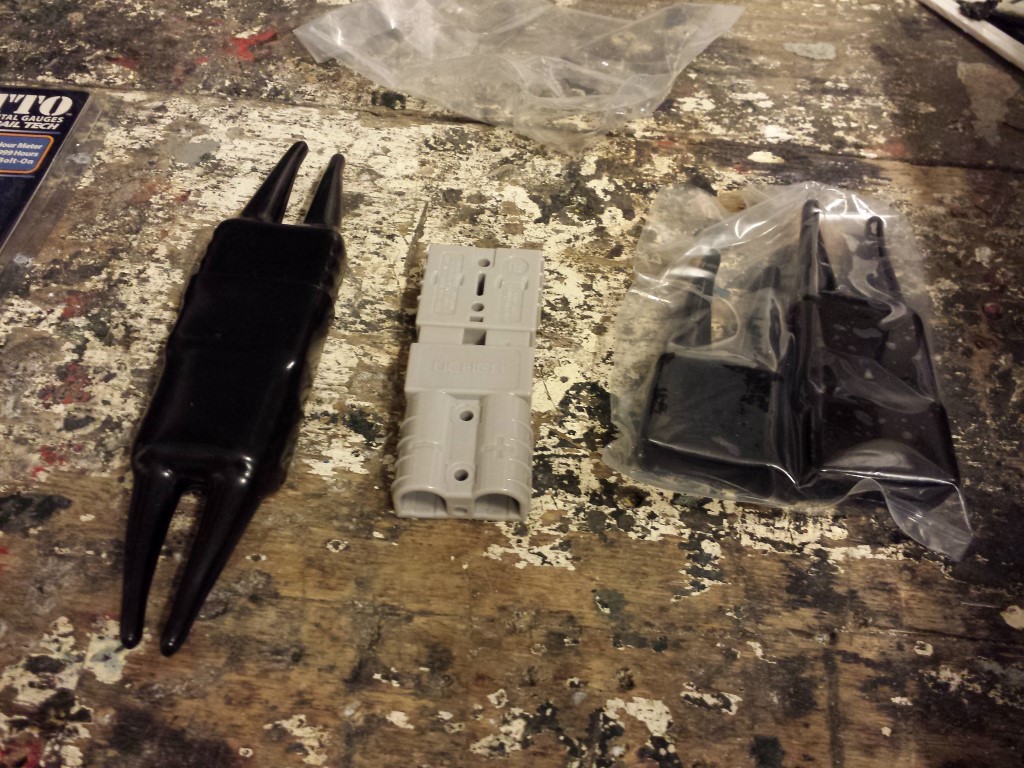 Today I also found out that I received the wrong contactors a year ago (for reverse and another one to turn on and off). I ordered them for 72V with 12V coil but instead I now have them with 72V coil. No idea how this could have ever gone wrong because what use is a 72V coil when you're actually switching 72V as well? Seems pretty obvious that this should've been 12V but oh well. Going to contact that company where I bought them from and see what they can do. That was about it for today.