Past few days I've mostly been busy making a new protective cover for the motor. The original one which was on it I can't use since the cable shoes won't fit in there and it's definately also not safe to touch which isn't so good for the safety inspection of the RDW. This is the original one. 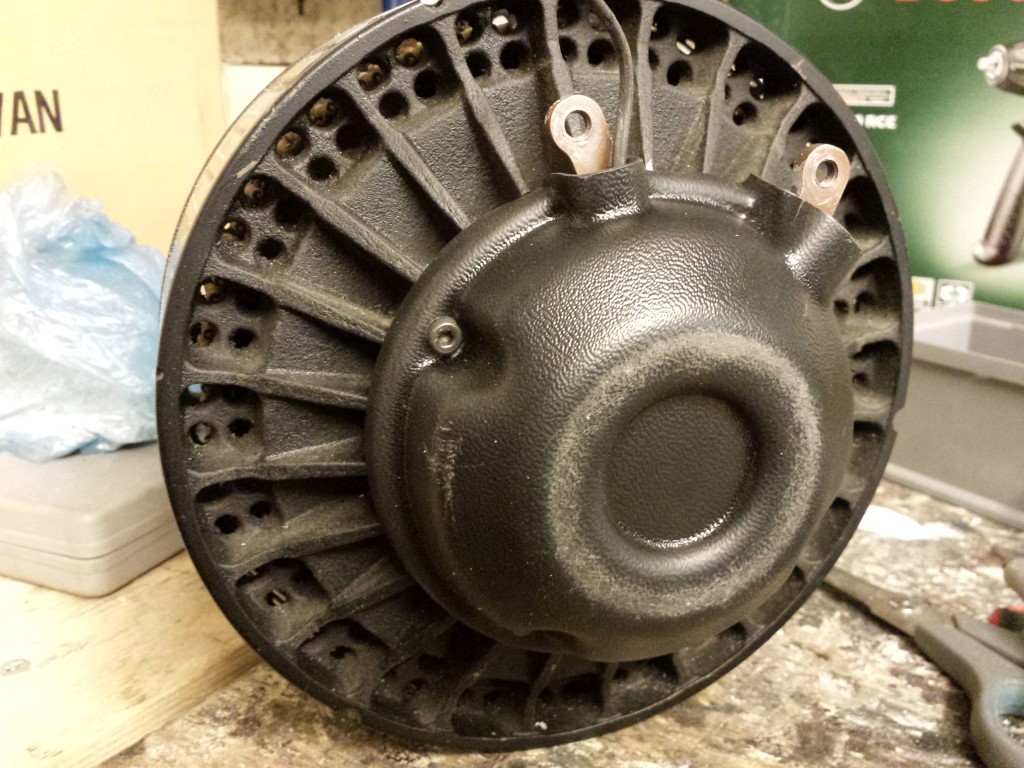 While making this protective cover I also wanted to try something new again since the epoxy I still had left had already become hard. I got a bottle of acetone en put this together with some pieces of plastic in a jar. Waited a day and then I had liquid plastic. All connections of the different pieces of plastic I just melted together with a soldering gun and filled up all openings with this liquid plastic. While it did need a bit longer to harden than glue or epoxy it has definately become very strong. And it also looks very nice after filing and sanding. I also used this to fill up some small gaps on the battery boxes. 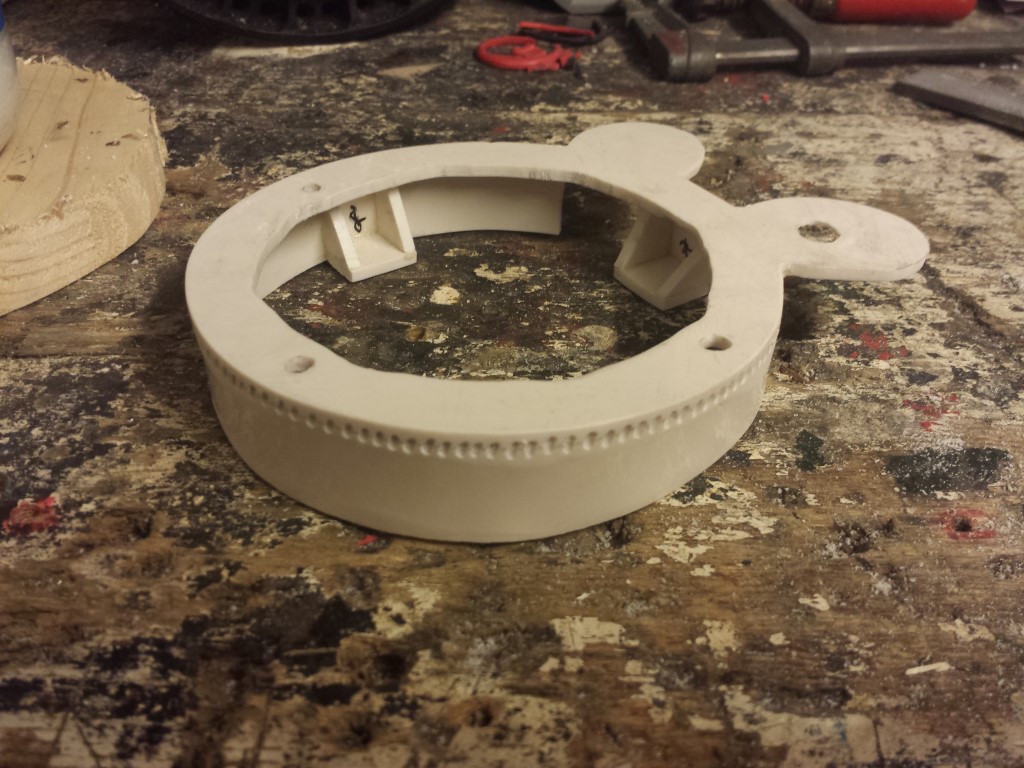 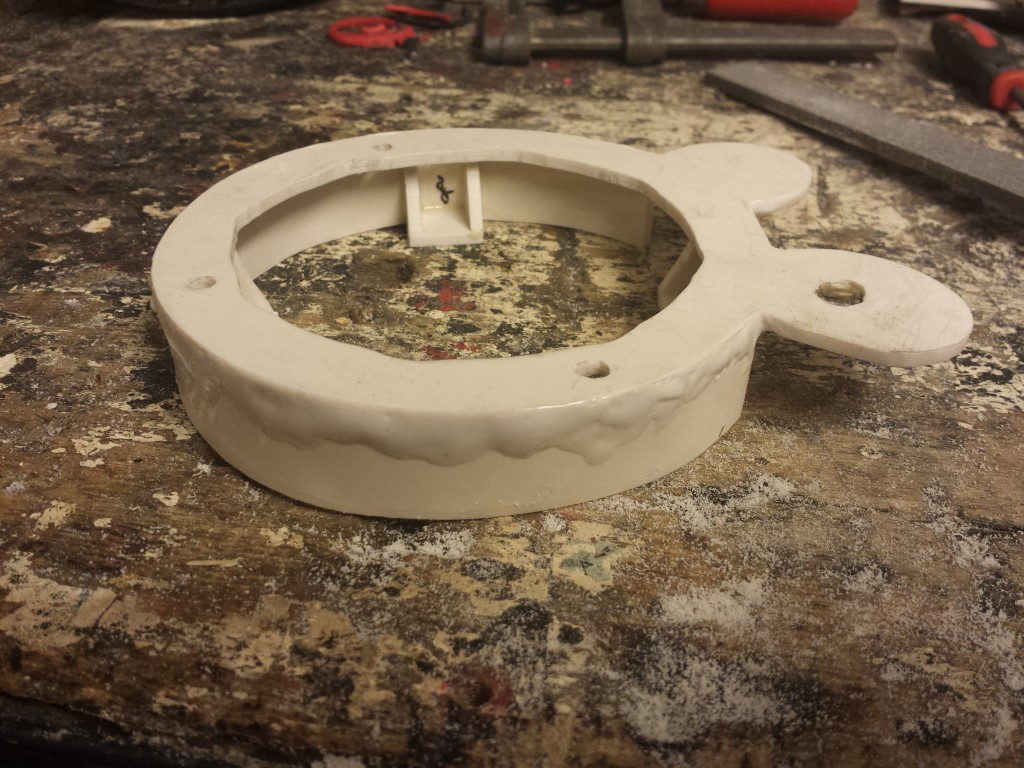 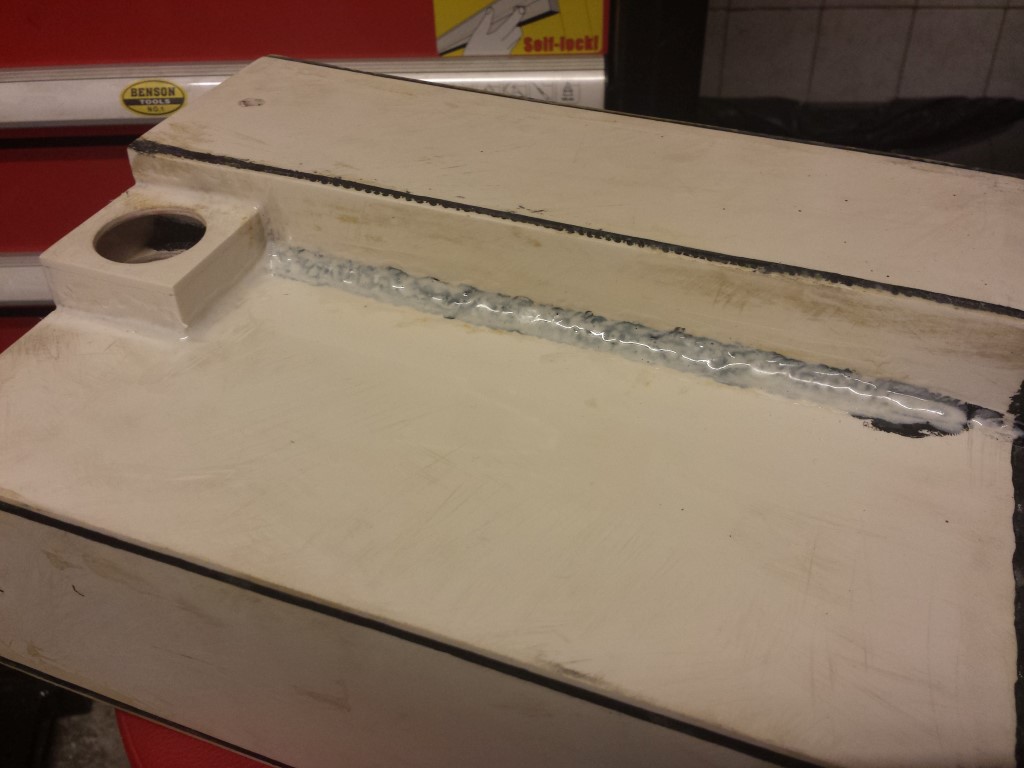 Took me a few days to get the protective cover all done but it eventually turned out pretty good. Here's the part that gets attached to the motor. 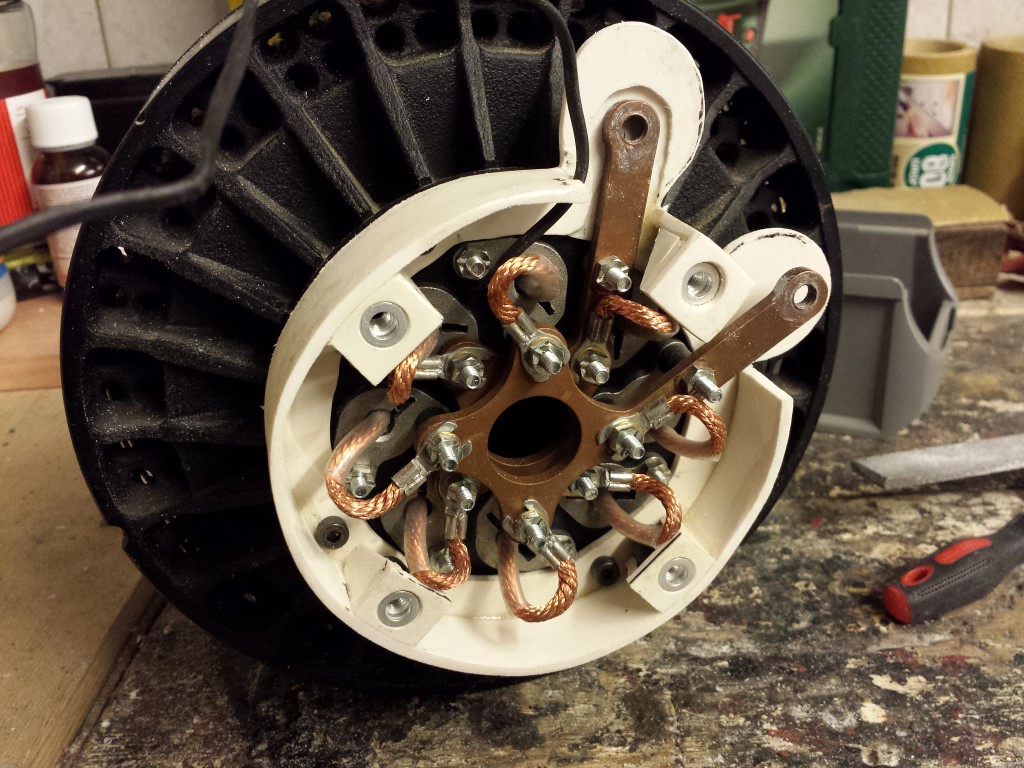 Then the cover can go on it. 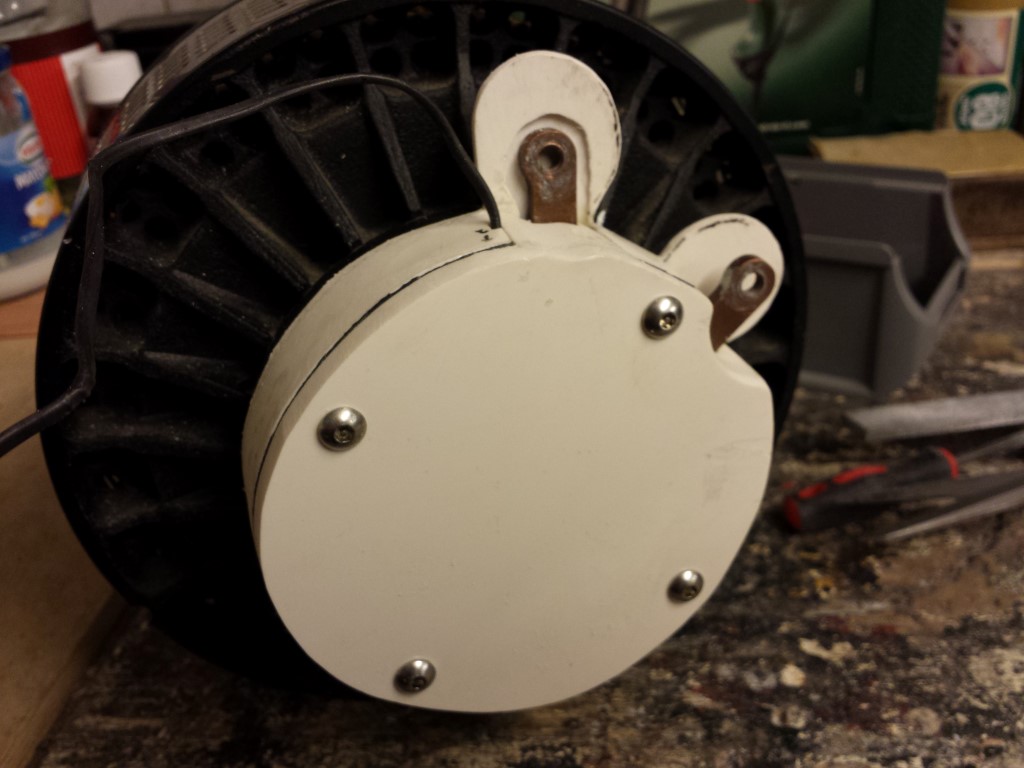 The cable shoes and rubber isolators I can just put on with a closed cover, so that's pretty nice. 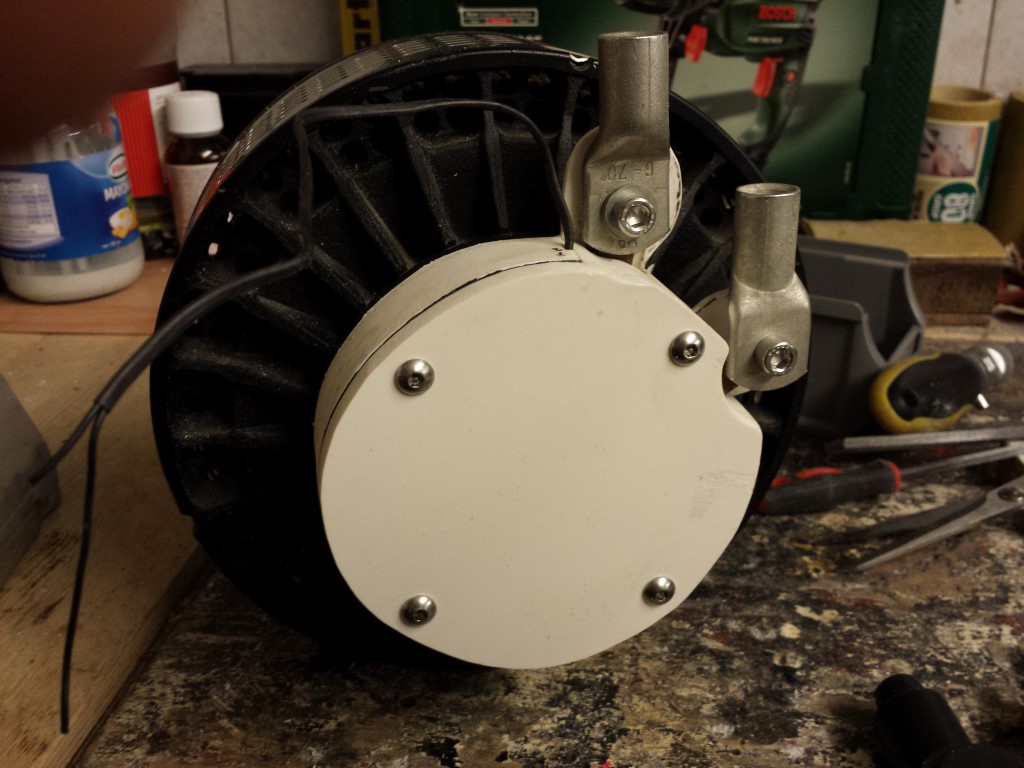 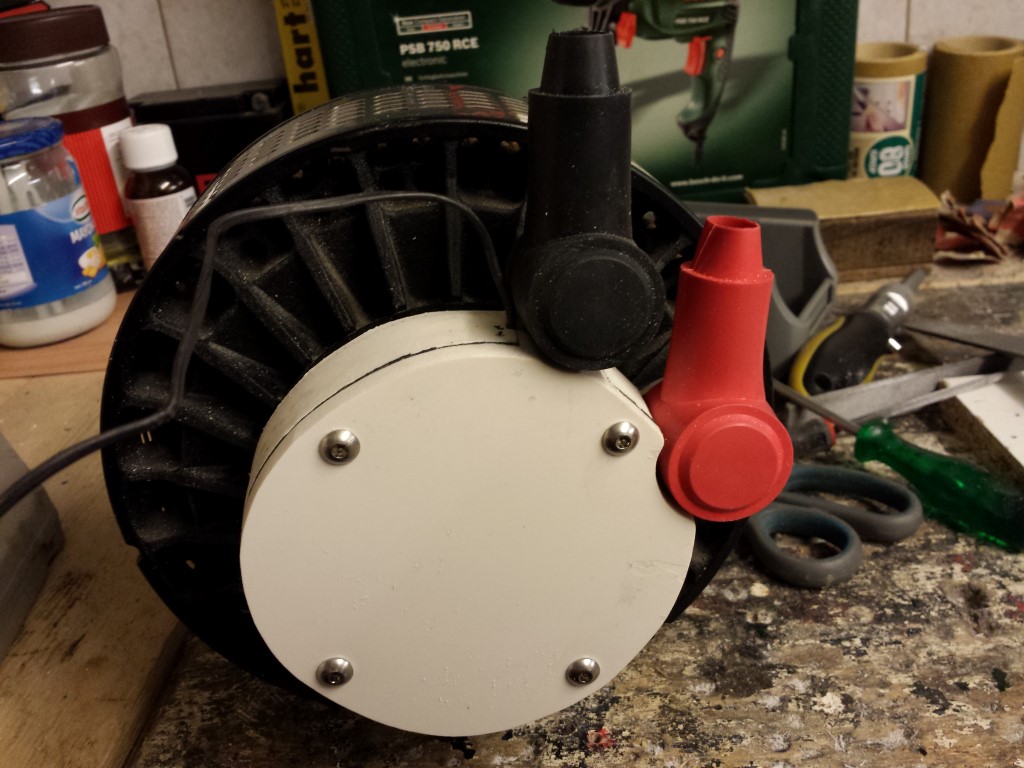 With this protective cover you can't touch anything high voltage anymore, not even from the rear. So this should be good enough for the RDW I hope. But I also think it's better myself and it's also a bit thinner than the original so there's a bit more clearance with the frame. 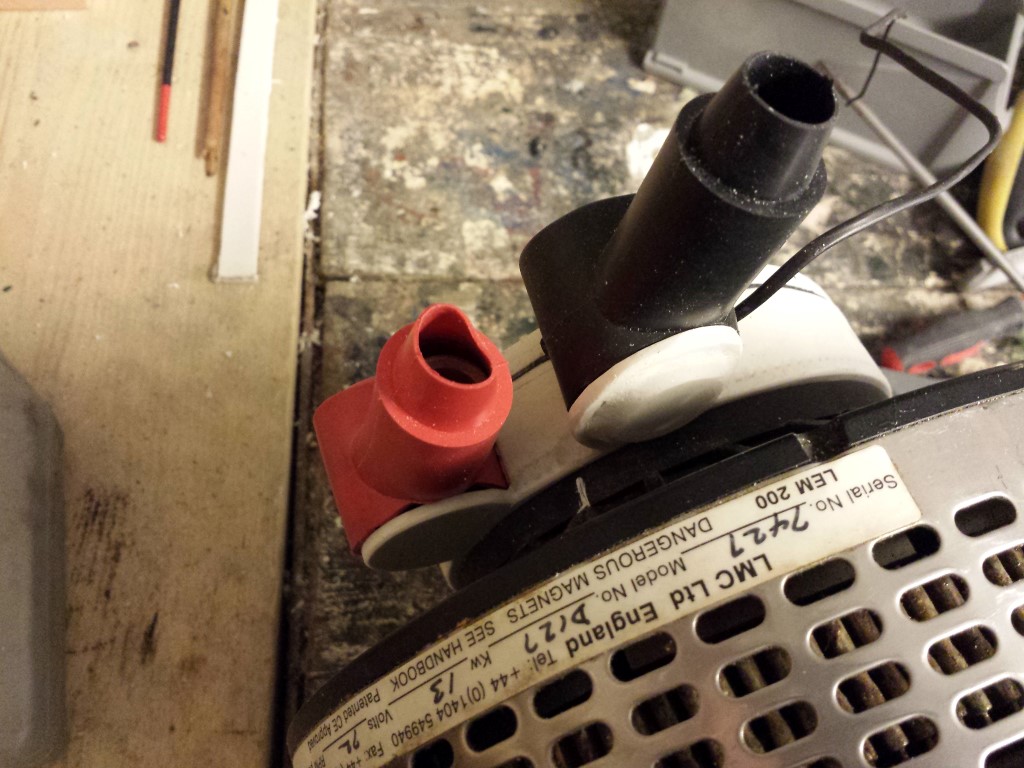 I also sanded all boxes one last time, so these are also finally all done now. Meanwhile all of the frame parts are with the sandblaster. If everything goes well I can already pick these up tomorrow evening, so it's very exciting. After that everything can be sprayed.